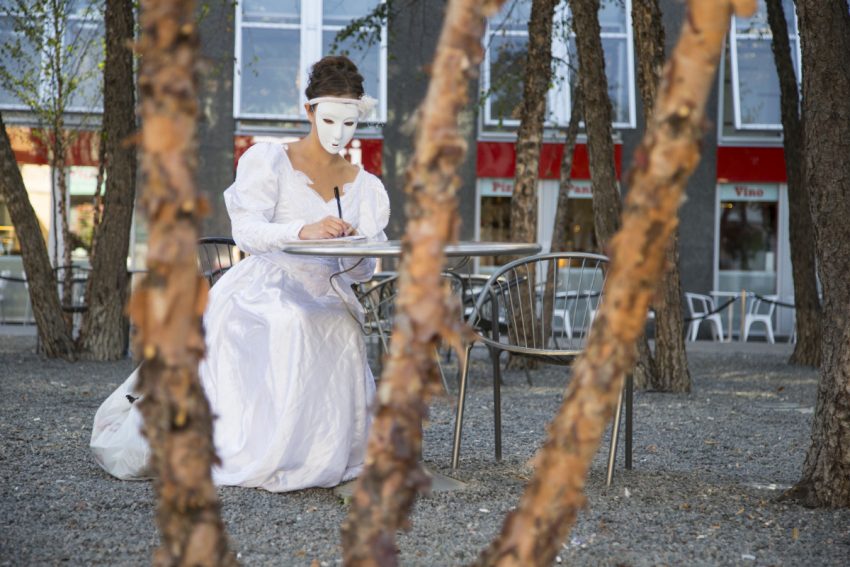 Toronto's masked bride, cloaked in mystery and a pearled gown, sat down with the Star to explain why she's spent much of the past four months walking the streets and penning missives on the trauma of domestic abuse.

"In addition to raising awareness, it is also an attempt to let people know they're not alone, because in my experience that feeling of isolation has been more traumatic than anything else," the performance artist wrote at a cafe table in a backyard patio off Dupont Street.

The bride's letters, dropped around the city like tragic breadcrumbs, draw on her own encounters with abuse and speak to the hurt and complexity of physical harm in a loving relationship.

But why the mask? Why the screaming silence?

"It is to represent the silencing of those who remain unseen and unheard," she inked with a black Sharpie pen. The mask projects symbolic anonymity.

Yorkville in summer is no stranger to brides; portrait studios and upscale boutiques make the tony neighbourhood prime turf for wedding shoppers.

But on this sun-dappled Friday, the masked matron is jarring the block.

"I think she's a mental case," offers one passerby.

"I just got a call from the general manager," says a security guard, one of three amassed inside the Yorkville Village mall. "I guess we can't move her physically. One of those f---ing situations." 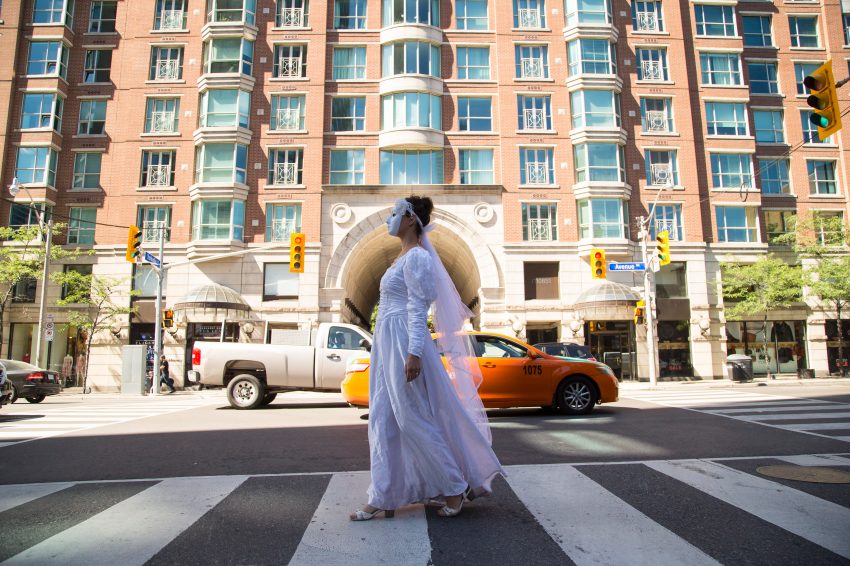 The polarized responses her mere presence provokes can seem indicative of the broader reaction to discussions around violence against women.

Mute and unobtrusive, the bride elicits side-eye and profanity, resistance and embrasure. A woman in the mall rotunda asks to take a selfie, one of four people to do so within the hour.

"I think she is doing this for all women who have been betrayed," says Azra Jakasa, who seems dazed after the encounter.

"Her eyes are just blue, radiating," bridging the divide between masked mannequin and human being.

A case study in performative method acting, the woman effects a slow, graceful gait in her gown, crowned by a corsaged headband and silver ring. She keeps her palms open to the street ahead, gliding in a ghostly daze.

Walking toward the Royal Ontario Museum, the bride photo-bombs a shot of the Michael Lee-Chin Crystal by a pair of tourists. Then she becomes the shot.

"I don't find my own personal story that particular or special. It's the fact that so many, too many, people have their own version of this," she writes. 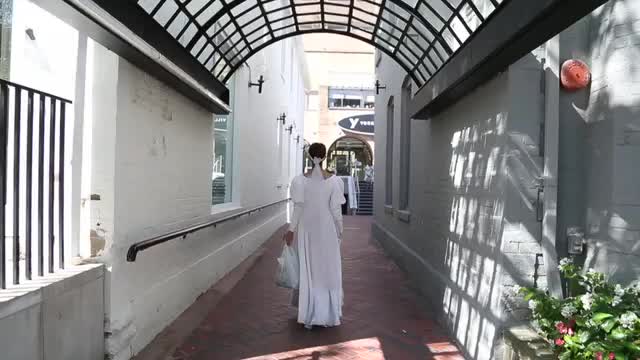 Out of context, her letters speak to the often faceless representation of sexual violence in the news, or the glimpses and murmurs of sexual abuse that intercut daily life, overheard between the office and the food court. A tourist on a double-decker bus does a triple take. A maintenance worker circles his index finger around his ear in a not-so-subtle hint she must be nuts.

The actor, who shared her identity with the Star under a promise of public anonymity, has popped up in Winnipeg and Saskatoon over the past couple of months. She says she draws inspiration from advocating for missing and murdered indigenous women and girls.

"The deepest trauma seems to be feeling unheard and unseen," she says.

She also took to heart a statement read aloud in court on January 2015 by the victim of a sexual assault by Brock Turner, a former Stanford University student and championship swimmer.

"I just hoped that my presence might encourage the public to continue the dialogue," she says. "No one is immune to such things."