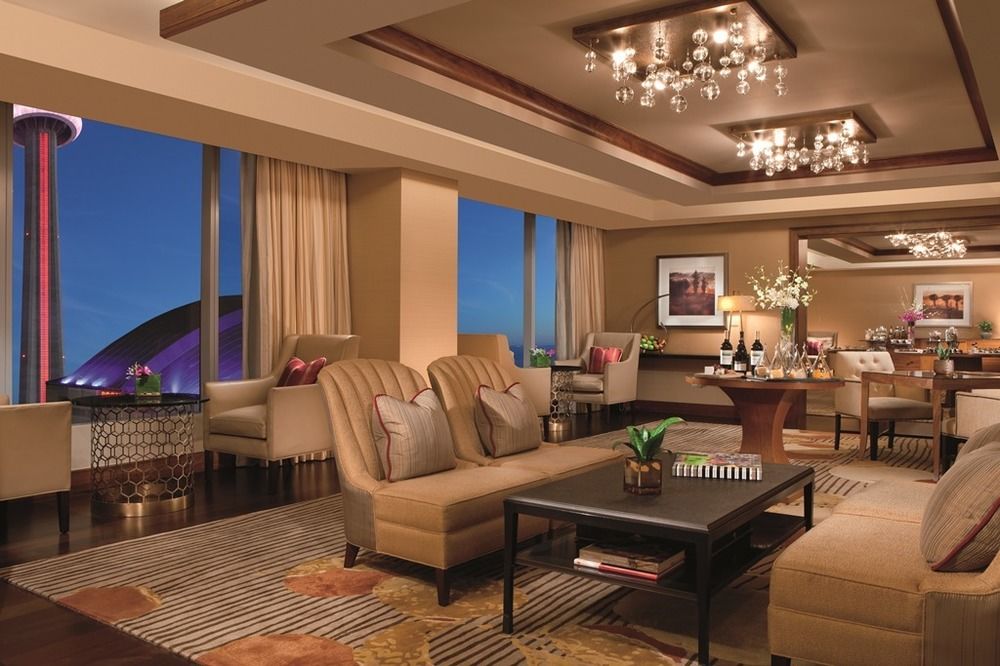 "The Ritz Carlton continues to be one of the best bargains in Toronto. I think, in time, we will look back in future years in disbelief at the prices that people are getting these units for..."

At the time, units at the Rtiz Carlton (183 Wellington) were going for around $700 per square foot.

I urged my clients to invest in the building, arguably one of the most coveted addresses in the city, because I believed that it was massively undervalued and that in the future, prices would be much higher for such a special building.

As it turns out, I was right.

Prices at the Rtiz bottomed out shortly after in 2013 and have been climbing steadily ever since.

Taking a look at the nearby Shangri-La, we see a similar story being told, albeit not quite as dramatic.

High floor units at the Shangri-La are fetching $1200 PSF or more. Rental rates have soared in both buildings as well. I believe this is only the beginning for this segment of the market and I predict very strong price growth over the next 24-months.

Here are four reasons why I believe that the luxury condo market is about to explode.

1. SHORTAGE OF SUPPLY
In 2012, when we first started this discussion, there were 18 units on MLS which at the time represented about 18 months worth of inventory. Today there are only 4 units on MLS which represents about 2.6 months of inventory! Over at the Shangri-La, 21 units have sold in the past year. There are 15 units currently on MLS representing 8.6 months of inventory as per MLS but the actual number is probably a lot lower because the developer has recently sold several units including a one 8-figure deal. The developer sales are not usually recorded on MLS for privacy concerns.

2. SURGING DEMAND
No question the demand is surging. 18 suites have sold at the Rtiz and 21 at the Shangri-La (on MLS) in the last 12-months alone. There are two main factors that I believe are driving the demand right now, and they are my next two points.

3. THE LOW CANADIAN DOLLAR
This is a big one. It's no secret that a large percentage (much larger than the overall condo market) in the luxury buildings are foreign buyers. The recent drop of the Canadian dollar means that Toronto's already low priced real estate, internationally speaking, is even cheaper by global standards. I expect international buyers and even local buyers with earnings or holdings in foreign currencies to continue to snatch up units in these buildings as we move forward throughout the year.

4. THE INCREASINGLY INSANE TORONTO HOUSING MARKET
Have you been shopping for a home in Toronto lately?

Five years of double digit price increases have resulted in what some would argue is an insanely overpriced housing market. Or you could argue that condos are insanely underpriced by comparison.

No matter which way you look at it, when you realize that buying a new or newer home in a prime Toronto neighbourhood (Rosedale, Hoggs Hollow, Forest Hill, etc.) now will cost you about $1000 PSF (ie. a 3,000 SF home will cost you roughly $3-million), suddenly buying a high-end luxury condo with all the lifestyle benefits and amenities around $900 PSF located in the heart of downtown, steps away from the financial district and everything the city has to offer seems like a pretty sweet deal.

5. VALUE PROPOSITION VS. OTHER CONDOS
Even though prices are starting to climb fast at the Ritz and the Shangri-La, these buildings still offer tremendous value in my opinion at around $900 PSF.

Just look around at what larger units are selling for lately in regular condo buildings nearby. Many units are selling over $800 PSF at buildings like 8 Mercer, Theatre Park, Cinema Tower, Peter Street condos, Charlie condos and King-Charlotte condos.

Essentially the 'regular' condo market has now reached a new high of $800 PSF so paying slightly more for the best of the best once again is a tremendous value proposition and one that I don't think will be around much longer. The gap between the regular condo prices and the 5-star buildings like the Ritz and Shangri-La should be much bigger than it currently is.

My advise for buyers and investors: Very simple. The time to get into this market is now. If you are looking for a high-end condo in the luxury market, don't delay. I predict that prices will rise significantly in the next 12-24 months.

My advice for sellers: If you have a condo in one of these buildings, and you are thinking about selling, you might get a lot more value for it in a year. If you don't need to sell, you are better off holding the asset. The rental market is extremely strong as well and may prove to be a viable option in a buy and hold strategy.