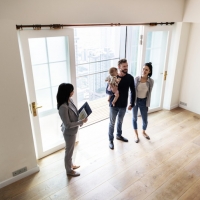 Let's start with the good news since it's the freshest. Toronto apartment rentals saw the slowest rate of price growth in the last two years during the third quarter of this year. Real estate research firm Urbanation, which tracks prices for purpose-built apartments in the region, released new data today that found the average price for a Greater Toronto Area rental apartment was "essentially unchanged" between July and August when compared to the April to May... [read more] 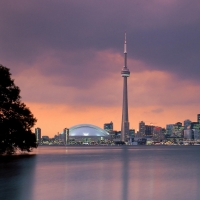 It's now in a class of  cities with booming tech industries and rapidly rising house prices, a new forecast says. Toronto's housing market has seen a marked slowdown since a new non-resident tax successfully pushed many foreign buyers out, but a forecast from real estate agency Engel & Völkers says a new phenomenon is about to take over as the driver of Toronto's housing boom: The tech industry. The influx of tech companies into Toronto's downtown core in... [read more] 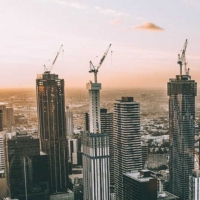 It may not be a glorious sight, but the sight shows a bright future: Right now, Toronto has the most construction cranes in North America - which indicates massive development. Toronto has an estimated 97 active construction cranes as of July 2018, according to the recent Rider Levett Bucknall Index (RLB Crane Index). This means the city has more than double the number of cranes of Chicago, four times as many as San Francisco and about five times as many cranes as New York City. In fact,... [read more]

FASHION ICON KARL LAGERFELD TO STYLE LOBBIES AT ART SHOPPE LOFTS AND CONDOS ON YONGE Designers elevate a new development's profile, aesthetic and overall appeal. World famous fashion design icon Karl Lagerfeld is coming to a lobby near you.  Actually, it will be two lobbies - both serving the same project: Art Shoppe Lofts and Condos on Yonge Street, just south of Eglinton Avenue. It's the first Canadian building initiative to be guided by the celebrity creative director... [read more]

SOTTO SOTTO REOPENS Steps Away From Original Yorkville Location Popular Yorkville restaurant Sotto Sotto has reopened its doors at a new location - just steps from its original Avenue Road storefront that burned down on Christmas Day. It will be located at 120 Avenue Road, two doors north of the original location. The new restaurant is serving only on weekends while renovations continue. Once renovations are complete, full service will resume. "We would ask that our loyal... [read more]