Toronto Is The No. 1 City Canadians Want To Move To For Real Estate 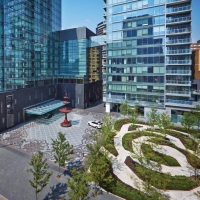 If you thought Toronto's high home prices would prevent people from moving to the city, think again. According to a new survey, Toronto is the most desirable city to move to for real estate. The survey was conducted by personal finance comparison site Finder. Based on a poll of 1,200 Canadian adults, Finder found that 54% are willing to move to another city to own a home. Although that's a small majority, the stat proves the Canadian dream of home ownership isn't dead after... [read more]

What 50 Scollard Brings to Yorkville 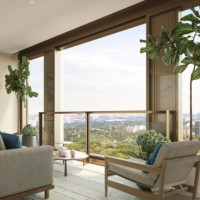 The elegant 41-storey tower will be bursting with amenities for the 64 residences within. When you're located in the heart of Bloor-Yorkville, you're expected to do things with style. So for its luxurious new 50 Scollard project, Lanterra Developments decided it would take things up a notch - or a dozen. Already known for its landmark condo projects across Toronto's downtown, Lanterra worked with award-winning architecture, interior design and landscaping firms for the... [read more]

SAUDI PRINCE SEEKING SALE OF FOUR SEASONS TORONTO ​Four Seasons owner seeks up to CDN$250-million for landmark hotel. Sale would not include condo portion in Yorkville area. Saudi Prince Alwaleed bin Talal Al Saud is seeking to sell Toronto's landmark Four Seasons Hotel for almost CDN$1-million ($768,000 US) a room in what would be the highest price for a hotel in Canada, according to people familiar with the matter. Kingdom Holding Co., the investment firm owned by... [read more]