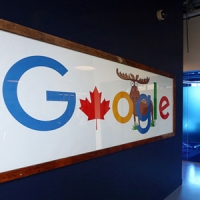 A high-tech neighbourhood designed by Google's sibling company has been pegged as a way for Toronto to become a hub in the burgeoning field of urban innovation.

"From a very practical perspective on an economic development basis, the smart cities or urban innovation area is a booming area that some would say is a $25-trillion dollar opportunity worldwide," said Kristina Verner, vice president of innovation, sustainability and prosperity at Waterfront Toronto. "Canada is really poised to be the beneficiary of this project to actually be that cluster's home. And the job creation that will come from that, the secondary job growth, could be immense."

In Sidewalk Labs' - Google's sibling company charged with developing Quayside - outline of their vision for the project, they write that just like Silicon Valley is the heart of digital technologies and New York is the centre of finance, "the Eastern Waterfront can help make Toronto the global hub for urban innovation."

"We see an extraordinary foundation of talent and innovation and support from all three levels of government and the citizenry for a thriving technology sector already here in Toronto," said Micah Lasher, head of policy and communications at Sidewalk Labs.

Sidewalk Labs, he said, "can add to that already outstanding success" by making Toronto the epicentre of urban innovation and technologies that will improve urban life.

Improving the quality of urban life for people living in the city is one of the main cruxes of the project.

"What we are trying to do is something that has never been done anywhere, which is really think about the urban environment and how one can take everything we know today about the best principles of urban design and combine it with emerging technology to fundamentally improve quality of life in an urban context," Lasher said.

From convertible buildings to self-driving transit to paths that melt snow, Sidewalk Toronto pegs the high-tech infrastructure as a way to solve urban problems cities face. Sidewalk Labs calls the property a global test bed, built from the internet up.

But it will also be a home, a neighbourhood; with proposed modular housing and bike paths and environmentally-friendly building standards.

"Our vision is a place that has all of the best qualities of urban life and of Toronto - but that is more affordable, more environmentally sustainable, easier to travel to, from and within and with a sense of community and access to great public spaces that infuses the entirety of the geography," said Lasher.

Waterfront Toronto, the stewards and public advocates for Toronto's waterfront, began the process in March 2017 with a request for proposals.

"We got to thinking about, what could we do with these lands?" said Meg Davis, chief development officer at Waterfront Toronto. "We have a huge opportunity and really, a great obligation, I think, to do something a little bit differently to address some of the big, urban challenges that we face as a large global city."

Naming concerns such as affordable housing, climate change and mobility, Davis said Waterfront Toronto staff asked how they could use the project to "leverage something a little bit more transformational than what we've been doing in the past."

Technology is laid out by Sidewalk Labs as one of the fundamental cruxes of the project. "I think advances in technology are inevitable," said Ken Greenberg, urban designer and advisor to Sidewalk Toronto. "They're upon us. They're happening daily. And I think we really are at a point when we need to understand how to best use technology to advance the aspirations and goals we have for the city, in terms of building a cohesive, sustainable, equitable city."

Sidewalk Labs said in their submission to Waterfront Toronto that is Toronto hopes to meet the challenges it faces as the city's population grows, "that means turning to the Eastern Waterfront as the city's next great neighbourhood frontier."

Greenberg said Toronto "is at a truly remarkable moment in our evolution as a city" as a fast growing, diverse metropolitan area.

"We're facing all these advances in technology, we have environmental challenges, so there's a whole set of things that are landing on us, and clearly, in terms of how we move forward, technology is going to play a key role," he said.

"So the opportunity to have this test bed, I think, is very important."

How will it work?

Sensors and cameras in Quayside would collect data on the environment, noise levels and traffic to improve quality of life, Sidewalk Labs CEO Daniel Doctoroff told the Star's editorial board last year. Lasher said that while he thinks data has a role to play in emerging technologies, "this is not fundamentally about data, and it is certainly not fundamentally about the collection of data.

"And so where data can play a meaningful role in improving quality of life, provided that it can be used responsibly and with a priority on protecting people's privacy, that is something that we will certainly explore."

And the laser-focus on technology isn't for technology's sake alone.

"I think it's very much about appropriate use of technology; using it where we need it, where we want it - not being led by technology for its own sake, but harnessing it to goals and aspirations that we have as a city," Greenberg added.

Greenberg said there are real and legitimate concerns around privacy and what happens to data. "And I think this is a great opportunity to actually negotiate and figure out the protocols for some of those issues which are top of mind or should be top of mind, for all of us," Greenberg said.

Mark Fox, distinguished professor of urban systems engineering and director of the centre for social services engineering at U of T, called Sidewalk Toronto a "grand experiment." Fox added that he thinks the city should experiment like this "on a regular basis," calling similar experiments "too few and far between."

Rather, he said, "what's unique is the opportunity to bring all these ideas from around the world and put them to work in one physical location."

Greenberg said the way the project is being done "is different from anything else" he's aware of.

"In terms of, rather than looking for an isolated site and trying to start some type of utopian experiment from scratch - which is the way a lot of these others have gone and most of them have not been terribly successful - this is really going to be embedded in a real, active, dynamic city which makes it, on one hand more complicated, but on the other hand more real," he added.

With public consultations already underway, both Sidewalk Labs and Waterfront Toronto have touted transparency as a cornerstone of their work.

In an Ask Me Anything on the subreddit R/Toronto, Doctoroff said Sidewalk Labs will be "co-master developed with Waterfront Toronto."

"That role includes developing a plan and a vision that the community and its elected officials can rally around and be excited about, working to get the plan approved and overseeing the eventual developent of infrastructure."