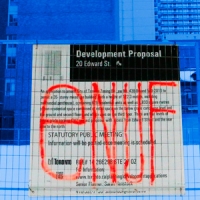 Buh-bye to the Ontario Municipal Board. How will it affect the market?

BUH-BYE TO THE ONTARIO MUNICIPAL BOARD. HOW WILL IT AFFECT THE MARKET? 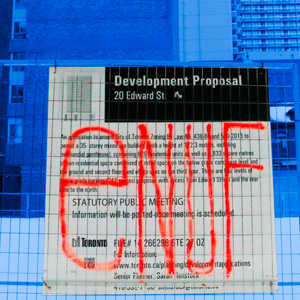 After years of controversy, Ontario's quasi-judicial development proposal appeal body has called it quits. Whether or not that's a good thing for the Ontario housing market depends on who you ask.

On April 3rd, the Ontario Municipal Board (OMB) officially became the Local Planning Appeal Tribunal (LPAT), a transition that will bring a host of changes to the appeal body.

While the OMB would hear arguments from the developers and those that opposed their proposals, the LPAT will look at whether or not a developer's plan follows the city's official planning rules, and if it doesn't, send the matter back to municipal council.

It's a change that not everyone's happy about. Many industry players have been saying for months that without the OMB, municipal councils will veto high-rise housing in cities that desperately need it.

"Ontario realtors are concerned that turning the OMB into the LPAT will politicize housing development at a critical time in the history of home ownership in our province," writes Ontario Real Estate Association president David Reid, in an email to BuzzBuzzNews. "The new LPAT will jeopardize affordable home ownership for the young families and new arrivals to the GTA by putting more power in the hands of local politicans, rather than an independent decision-making authority."

It's a concern echoed by Haven Developments executive VP Jordan Teperman, who told BuzzBuzzNews last month he was concerned that developers hadn't had enough input into the OMB reform.

"There's a lot of concern from developers that there wasn't enough input from the developer-side of the equation during the reform, and the ideas that were put forward to the Ontario government were simply ignored or disregarded," Teperman told BuzzBuzzNews in a recent Facebook Live interview. "We're in a time right now where housing is needed, we have a lot of immigration in the province, and we really need cities to come together and create the housing that is needed."

But not everyone thinks the matter is so simple. According to Ryerson Centre for Urban Research and Land Development senior researcher Diana Petramala, the LPAT could smooth out a notoriously lengthy and difficult appeals process.

"The way that planning works right now, even developers will admit, is that there's a lot of uncertainty that holds back some development," Petramala tells BuzzBuzzNews. "Currently, if a developer didn't want to stick to a city's master plan, they could send their proposal to the OMB, which could result in months and sometimes years of regulatory uncertainty."

Petramala says that the LPAT will allow municipal officials to actually enforce their master plans, which could be a positive or negative thing for local Ontario housing markets.

"It really depends on the quality of planning that the city planners will do," she says. "It is possible that councillors could be swayed by NIMBYism. I think in Toronto, we'll likely see more of the same - density along certain corridors that have already been developed, like Yonge and Eglinton, and little anywhere else."

It's a sentiment echoed by Zoocasa managing editor Penelope Graham, who says the transparency of the LPAT is a good thing, while a possible lack of development would not be.

"I think it's positive that it's returning decision making power to the municipal level," she says. "I know that where the fear and criticism comes in is when people are worried that it could promote NIMBYism, and stop the development of high density housing in areas where it is sorely needed."

But Graham says that such concerns, while valid, could be getting blown out of proportion.

"I think it remains to be seen what kind of development will occur as a result," she says. "If the LPAT ends up preventing the kind of high density housing we need, that will need to be addressed. But I very much doubt that we'll see less condos being built in the long term."