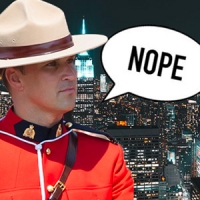 The friendly northern neighbour is cooling off on purchasing trophy commercial properties after years of frenzied buying and has started shifting its focus to industrial and multifamily buildings. A mere 39% of Canadian investment in U.S. real estate in the first half of the year went into office buildings, compared to 95% for Japanese, 81% for German, and 71% for Chinese investors, according to Real Estate Alert.

One reason why Canadians are less keen on trophy towers is that they tend to know the market better and are more willing to venture off the beaten path. "Canadians are more mature in their U.S. exposure and participation, and more comfortable with the market," than other foreigners, JLL researcher Sean Coghlan told REA. "At the core, this connects to the continuity in culture between the markets, similarities of the demographics and sectors, and a resulting risk appetite which is greater than other foreign sources."