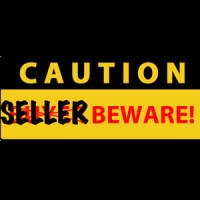 Jasmin Sheba had already sold her furniture in anticipation of moving this week when she learned the buyer of her house wanted $20,000 off the selling price to close the deal. He threatened to sue for the $10,000 deposit if he didn't get the reduction, she said. But the stay-at-home mother was defiant.

"I have a 2-year-old and, after all the house showings, the craziness, you're going to try to back out? That's not happening," said Sheba.

The real estate world is awash in buyer-beware warnings. But some homeowners and realtors are making a case for stronger seller protections - specifically, who gets to keep the deposit when a buyer backs out of an agreement.

Until recently, it was rare for a buyer to try and exit a home transaction.

But a recent drop in Toronto region home prices - after months of frenzied buying - has caused a spike in buyers looking to exit or renegotiate purchase agreements. It's widely considered to be part of the fallout from the Ontario Liberal government's housing market cooling policies launched on April 20th.

The Toronto Star could not confirm that Sheba's condo townhouse sale was among those cases. She refused to name the buyer for fear of endangering a successful resolution to the transaction. But, she said, she understands how a buyer's attempt to renegotiate the terms of a sale can derail a seller's finances and moving plans. "It feels like I'm in the passenger seat and they're in the driver's seat," she said.

In an unconditional agreement to purchase, the presumption is that the deposit goes to the seller if the deal goes south, said Toronto lawyer Neal Roth.

But it's not automatic. Both parties have to agree to that. If the seller wants the deposit and the buyer balks, the funds remain frozen in a real estate brokerage trust account, sometimes for years. In absence of an agreement, the deposit can only be released by court order.

The court will favour the seller for the deposit in a clean, unconditional agreement to purchase, said Roth.

But if it's a large deposit - and may deposits during heated bidding were unsually large - the judge can decide that the amount constitutes a penalty to the purchaser.

"The question becomes: when is the loss of the deposit so large it effectively becomes a penalty rather than compensation for the vendor. That's a tough question. We know when it's really a penalty - 10% to 12% of the purchase price. Something where it's 3% or 4%, it's very unlikely it's going to be regarded as a penalty," he said.

But Roth acknowledged that the court process can take months and lots of money. Although the seller is presumably awarded damages, they have to consider whether they will realistically be able to collect from a buyer who couldn't close a sale.

Most agents recognize the legal process is draining and expensive. They will encourage an agreement and get the seller's house back on the market as soon as possible. In normal market conditions, these cases are disappointing but rare.

But soaring housing prices earlier this year, and the ensuring correction, has been anything but normal. The result is agents and sellers caught on the steep slope of the market.

Raised in North York and Aurora, Sheba said she didn't enjoy the Scarborough neighbourhood condo townhome her family bought for about $326,000 two years ago. When houses in the neighbourhood started selling for $550,000 in March, they saw an opportunity to move. They listed for $499,000 at the end of March. At the beginning of April there was an offer for $460,000. Sheba thought they could do better, but as the spring market fell, even a vastly reduced price of $399,000 failed to elicit any offers.

Finally, about three weeks ago - long after Toronto's slumping housing market was news - there were two offers. They took the higher bid, an unconditional offer of $420,000 with an August 25th closing.

It would be a scramble to move that quickly but the family hadn't purchased another home. Because they plan to stay in a hotel in the short-term, Sheba says she sold most of their furniture rather than store it. Last week, Sheba claims the buyer contacted her requesting a price reduction in light of an issue he identified as the parking that went with the home. He said there should be two separate parking spaces, instead of one spot with enough room for two cars, she says.

Sheba claims the parking was identified in a status certificate the buyer had in hand before he signed off on the agreement to purchase. After a week of negotiation, Sheba said she agreed to a $5,000 price reduction because the expense of going to court would have meant remortgaging the house. Later, she said she expected the sale to close.

While Sheba was relieved the matter was settled, the experience was discouraging, she said. "I sold all my furniture. We're sitting on the floor. We have nothing," said Sheba.

Purchase agreements on residential sales don't generally contain a stipulation that the deposit is non-refundable or that it automatically reverts to the seller if the buyer backs out from an unconditional offer. That's because agreements to purchase are predicated on a presumption of good faith by a motivated buyer and a motivated seller, said Kevin Kucey of the Real Estate Council of Ontario. There is nothing preventing sellers from including that kind of contract language as long as the brokerages are signing on. But, he said, it's not advisable.

"The difficult thing is that whenever one party introduces new controversial language to protect one interest, that sours the trade," said Kucey. Still, he added, "It's certainly a potential means through which sellers give themselves some comfort that at least the deposit will be paid to them if in fact the buyer with a firm agreement for whatever reason decides to renege." The real estate council has seen a small spike in calls from buyers looking to get out of their purchase agreements, said Kucey.

"These are difficult conversations because contractually they need to close the trade. If you step away from it you are potentially opening yourself up to a lawsuit," he said. The province doesn't know how many sellers have been stranded or vexed by the fallout from the changing market in the wake of its housing plan.

"Transactions between buyers and sellers are considered private transactions and as such are not required to be reported into government, said a spokesperson for Housing Minister Peter Milczyn.

"The housing market always fluctuates - that's the nature of all investments. The reality is that earlier this year, prices in Toronto were increasing 33% year over year and in the surrounding regions by 43%. We knew that this was not sustainable, which is why we took action, said Myriam Denis.

The opposition says it's another outcome of the government's failure to research the effects of its new housing policies. As speculation grew in the spring that the government planned to act, people decided on short notice to sell, said Tory MPP and housing critic Ernie Hardeman (Oxford).

"They weren't ready to move out so they would be looking for a longer closing time. It's that length of closing time that turned out to be the driver for the challenge their facing today," he said.

The problem with most contracts, said Kucey of RECO, is that they don't necessarily give enough consideration to the potential negative impacts. "It's not unlike marriage," he said. "There's no discussion of what happens when it falls apart."