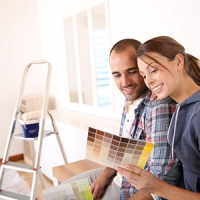 Canadian milliennials looking to buy their first home in 2018 face some of the worst housing affordability in years. But according to a new report, the vast majority still consider homeownership a worthwhile goal.

Zoocasa's 2018 Housing Trends Report found that 84% of Millennials surveyed felt that owning a home was an important life milestone.

"Homeownership remains a coveted goal for many Canadians," reads the report. "However, achieving this perceived life milestone remains as challenging as ever in 2018, as increasing home prices and a rising interest rate environment presents obstacles to ownership."

According to Zoocasa, while rising real estate prices present the biggest challenge for would-be Millennial homeowners, high rents are also a serious obstacle to saving up for a downpayment.

"In pricey cities like Vancouver, where the median price for one-bedroom rentals hit $2,000 in 2018, saving up for a down payment can prove extra challenging for renters," reads the report. "These affordability challenges especially impact Millennials, who are the most likely to be renting their current home compared to older age groups."

These findings are backed up by a recent survey from Nanos Research Corporation on behalf of the Ontario Real Estate Association (OREA), which found that 68.5% of young Ontarians agree or somewhat agree that homeownership is unaffordable in their neighbourhood.

"The dream of home ownership is slipping away for an entire generation of young people," writes OREA CEO Tim Hudak, in a statement. "Nearly half of Ontarians between the ages of 25 and 34 are still living at home with their parents. We need to take action to address this problem."

The OREA/Nanos survey also found that 58.7% of non-Millennial Ontarians agree or somewhat agree that home ownership is unaffordable in their neighbourhood, while 41% listed saving enough for a downpayment as the most important barrier to owning a home.