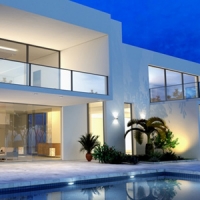 Don't be fooled by this year's luxury housing market.

DON'T BE FOOLED BY THIS YEAR'S LUXURY HOUSING MARKET

According to a REMAX report, sales in the Greater Toronto and Hamilton Area's luxury real estate market are down from last year, but it doesn't tell the whole story.

Christopher Alexander, REMAX Integra's vice-president and regional director for Ontario-Atlantic Region, says high net-worth individuals in Toronto have increased 10% in each of the last two years, but that isn't reflected in luxury sales statistics because of supply constraints and dated inventory.

"There's a lot of money in Toronto," Alexander told CREW. "It's ranked as the 22nd most powerful city in the world and people are attracted to live here. Plus, if you compare our dollar to dollars in other world-class countries, we're at a significant discount. We're significantly less expensive than cities like New York, Hong Kong, Singapore, London and even Vancouver. We're still very affordable."

According to the report, which looked at sales figures for homes over $3-million, there were 180 sales through the first two months of 2017 in the GTA, up from 79 in 2016, however, only 76 sales were reported through January and February of this year.

The luxury market is typically insulated from factors like stringent mortgage qualification rules and rising interest rates, and while those two things explain slower sales cycles in the rest of the market, Alexander says tony properties are still being scooped up.

"Demand is outpacing supply, and that's why prices keep going up, but that segment of the market doesn't face fluctuations like the rest of the market. They're high net-worth individuals who can weather the storm. New listings, as well as well-kept and renovated properties in the luxury market are selling quickly, but a lot of what's on the market are old, dated properties that need work."

The year-over-year dip in luxury sales is deceiving for another reason, too. Last year's market was an aberration that Alexander says should be ignored. "Last year was not a normal year," he said. "When you have really inflated sales and a slower market a year later, the numbers will be skewed dramatically. Let's just throw 2017 out. There was rapid price appreciation in the first quarter, then a rapid decline in the second and third quarter, and even in November and December sales were up 20% year-over-year, so I would not even look at 2017 as a comparative year because it was not normal."

According to Forest Hill Real Estate broker Matt Smith, who specializes in the luxury market, the sales volume in January and February plunged 58% compared to the same period last year, but like Alexander, he attributes it to last year's irregular market.

"The slower sales cycle doesn't come as a surprise to me; in fact, we were expecting it," said Smith. "All of the data coming out right now is using the first quarter of 2017 as a benchmark, so naturally the data isn't going to look pretty when compared to the buying frenzy that was Q1 2017. I think what we're seeing now is a normalization of the market, and if you compare this January and February to that of 2016, the sales are far less dramatic and much more in line."

The numbers ostensibly allude to a buyer's market, but Smith quickly quashed that, noting prices increased 2.5% year-over-year and show nary a sign of dissipation.

"I expect the luxury segment to pick up pace in Q3 and Q4, which will align with the sales activity we saw in the latter months of 2017," he said. "Toronto remains a global destination for business and residence, despite the new foreign buyer tax. International buyers are rarely deterred by the tax, and whether it's Vancouver or Toronto, it's the cost of doing business. Coupled with a strong U.S. dollar, the future looks bright for this housing class."