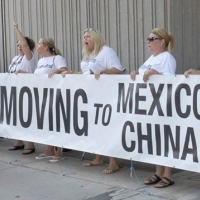 GM shutdown doesn't have to make ghost town out of Oshawa

When a large company shuts down in a small town, the entire local economy feels the impact. GM's decision to close its Oshawa car assembly in 2019 will be no different. As thousands of gainfully employed workers anticipate layoffs next year, the effects will spill beyond the labour market into other economic sectors, including real estate.

While the number of workers projected to lose jobs at GM's Oshawa assembly line is around 2,500, the number of those directly and indirectly affected will be several times larger. The integrated supply chains for large-scale manufacturing implies that many more workers employed elsewhere will be affected when the products they produce will not be needed at the assembly line in Oshawa.

The decline in manufacturing has contributed to the emergence of rust belts across America. Large and small towns, like Detroit and Flint in Michigan, became ghost towns as the manufacturing base eroded and well-paying jobs moved away.

Real estate markets also collapsed as a result, depriving municipal governments of essential tax revenue. The city of Detroit, for instance, ended up filing for Chapter 9 bankruptcy in 2013, the largest municipal bankruptcy in U.S. history.

Just like Detroit, Oshawa is also a town known for automotive manufacturing. But that's where the similarities end. Oshawa's economic base is diverse and its proximity to Canada's largest employment hub in Toronto will give it the opportunity to reinvent itself if it embraces cultural diversity and retains its resident labour force.

Statistics Canada reveals that of the 200,000 adult residents in Oshawa Census Metropolitan Area (CMA), only 9% are employed in the manufacturing sector. A third of Oshawa residents are employed in retail, educational services, healthcare and social assistance.

Oshawa's more affordable real estate also offers a cure for Toronto's growing housing pains. The average price of a detached house in Oshawa is just $529,000, a fraction of the $1.3 million average in Toronto.

Even when compared with the eastern neighbourhoods in the City of Toronto, detached homes in Oshawa cost 41% less. Where else can one find a waterfront property with pristine views of Lake Ontario and steps from Lakewoods Park listed for less than $800,000.

That housing could come with a commuting trade off, especially if the loss of a major employer means residents must look elsewhere for work. Oshawa, though, enjoys fast and frequent public transit access to Toronto's downtown, with almost half a million people already working there.

With GO Transit running multiple trains from Oshawa each hour and reaching Toronto's downtown in an hour or less, a housing/commuting balance could be attractive for those who have not given up on owning a detached house.

The growing numbers of commuting suburbanites are likely to stablize housing markets in and around Oshawa, but large chunks of industrial and commercial real estate may soon become redundant.

A 2017 report by the Lincoln Institute of Land Policy focused on strategies to revitalize America's "small legacy cities" that suffered from losing their manufacturing bases. The report listed eight strategies that helped these cities revive. Some of those strategies are relevant to Oshawa.

The report encouraged a shared vision for prosperity between public and private sectors, encouraging private sector leaders to "also own the problem" and not leave remedial efforts to the government. A strong sense of place and a vibrant downtown also helped many cities to initiate the recovery, starting from those downtowns and stretching outward.

The report further stressed that recovery efforts should focus on all workers who were affected and not just the ones with high-paying jobs. This observation is especially pertinent for Oshawa, where the percentage of adults with bachelor degrees or higher checks in at just 22%, half of Toronto's rate.

With workplaces becoming increasingly knowledge-based, Oshawa will have to improve on the education and skills of its residents.

At the same time, Oshawa may also want to embrace diversity. While being just an hour from Toronto, Oshawa's ethnic diversity is starkly different. Whereas 47% of people in the City of Toronto are immigrants, in Oshawa that figure is just 18%.

A diverse and highly educated workforce has helped Toronto become an economic powerhouse and the hub for service-sector employment in Canada. Oshawa can follow suit by improving its diversity, education and skills credentials.