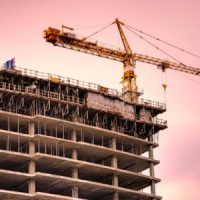 Matt Lundy, The Globe and Mail

Toronto's resale housing market has cooled off considerably since Ontario's move to rein in frenzied activity. Meanwhile, demand is only increasing for new condo units.

Sales of new condos in the census metropolitan area totalled 12,138 in the second quarter, up 62% from a year earlier, according to data provided by BMO Nesbitt Burns. Inventory levels have more than halved over the same span.

"More project launches surely helped, but, at the very least, this report underscores continued strong underlying demand for affordable housing in the Toronto area," said Sal Guatieri, a BMO senior economist, in a note. Mr. Guatieri adds this is "more evidence that Toronto's housing 'correction' is likely to follow in Vancouver's soft-landing footsteps...barring an economic shock."

Overall, resale activity has pulled back since Ontario unveiled its package of housing reform in April, which included a foreign-buyers tax. Existing home sales in Greater Toronto were down 37% in June from a year earlier, according to figures from the Toronto Real Estate Board, highlighted by a 45% drop in detached sales.

However, the condo segment has shown some resilience. Since April, sales and average prices of existing condos have not flagged to the same degree as those in the detached category.