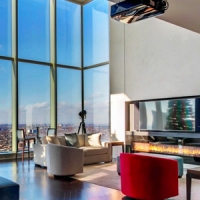 Toronto, we now know, is in the midst of a housing availability and affordability crisis that is pricing many young people and middle-class families out of the city. As the average price across all housing types has surpassed $700,000, all levels of government appear to have been caught off-guard and are now scrambling to advance policy responses.

The City of Toronto, for instance, has introduced new regulation to better manage short-term rentals that they hope will preserve more of our rental stock for long-term tenants.

The province of Ontario, as part of its Fair Housing Plan, has introduced a foreign-buyers tax and extended rent control to all buildings, including those built post 1991, along with other less noteworthy initiatives.

And the federal government, guided no doubt by long-term housing advocate and Toronto city councillor turned MP Adam Vaughan, has introduced a National Housing Strategy that includes, among an array of fairly minor tweaks and interventions, a portable housing benefit that could be applied to private market rental housing.

Although many academics and activists have welcomed this collective action, it's unlikely it will be effective, even taken as a whole, in triggering meaningful housing price deflation.

Some might even characterize these measures as being no more than a cynical ploy to demonstrate a conspicuous effort at solving a problem that they view as being fundamentally unsolvable. And to that last point, they might be right. After all, aren't rising housing prices accepted as a given in all large, growing cities?

We don't think so.

In the spring of 2017, following a particularly bad quarter for housing affordability, a group of Torontonians formed an organization called Housing Matters to focus attention on an underrated culprit of rising prices: supply constraints. I joined them as a founding member and together we have spent the past year exploring various ways in which land use rules in particular have made a scarce good, housing, scarcer still.

The solution we propose is both counterintuitive and effective: For the benefit of housing affordability, we need to build more luxury condos.

We make this argument for two reasons.

First, building luxury condos has the effect of absorbing new upmarket demand for housing, which might otherwise make its way to the existing stock.

Taking one infamous example, contra the often established narrative, it is clear to us that the development of Liberty Village slowed rather than accelerated Parkdale's gentrification. Liberty Village is a fairly new master-planned community sitting just west of the much older, historically working-class and rapidly gentrifying Parkdale that was built up in earnest over the past decade and a half. One only has to run the thought experiment of releasing some portion of Liberty Village's 21,000 residents on the pre-2004 housing stock and consider what their impact might have been on affordability in Parkdale.

Second, building luxury condos creates space for empty-nesters who are then able to downsize and put their larger homes back on the market.

Consider that since 2001, about 52% of the city's land mass has seen a decline in population. This is in large part a result of an aging community and shrinking household size outside of Toronto's midtown and downtown core. New multi-unit construction in affected neighbourhoods could allow residents to age in their communities, in more appropriately sized homes. It would also allow for newly available homes to be repopulated by young and growing families.

Unfortunately, a number of zoning ordinances that require that new development "protect and reinforce existing neighbourhood physical character" have made this impossible.

Developers would be more than happy to build more luxury condos in more neighbourhoods. Just ask them.

According to a recent CMHC research report, the supply response to rising house prices in Toronto (and Vancouver) has been weaker than in other major cities.

Condos also come in many shapes and sizes, including low-rise and mid-rise. A call for condos is not necessarily a call for more high-rise buildings and their associated negative externalities.

When we don't build enough new housing for the rich, it's not the rich who suffer. After all, they're rich. They can afford to bid up and renovate downmarket housing. That is the definition of gentrification.

If we want to preserve our existing stock of housing for young people and middle-class families, we need to build more luxury condos.