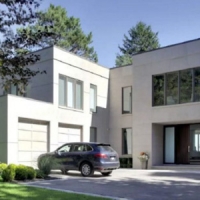 Large Commercial Operators A Growing Concern in The AirBnB Market

LARGE COMMERCIAL OPERATORS A GROWING CONCERN IN THE AIRBNB MARKET

Large commercial players are dominating the short-term rental market in Toronto, Montreal and Vancouver, and raking in most of the revenue, according to research analyzing AirBnB activity.

And contrary to the AirBnB narrative that the online booking service is about regular people sharing their homes to help pay the mortgage, there has been disproportionately large growth of full-time, entire-home listings that belong to hosts with multiple AirBnB properties, according to a copy of a draft report prepared by the McGill University School of Urban Planning.

The report said the full-time, entire-home listings represent 6,500 properties across the three cities and account for more than a third of all revenue earned. In Toronto, growth in that category has increased more than 100% from May 2016 to June 2017.

"More and more of the money is being earned by a smaller and a more kind of commercialized and sophisticated, large-scale set of hosts," said professor David Wachsmuth, lead author of the report called "Short-term Cities: AirBnB's Impact on Canadian Housing Markets."

The report bills itself as the first comparative analysis of short-term rentals in three major cities and is based on a data set obtained from AirDNA, a data company that tracks the performance of AirBnB listings. The report also used data taken from the 2011 and 2016 censuses and Canada Mortgage and Housing Corporation's rental market survey.

In some cases, some hosts have hundreds of separate properties listed on the AirBnB platform and are earning millions annually, Wachsmuth said.

"These aren't...people who own their house and they're renting it out on the weekend when they're gone."

"The author of this study has a history of manipulating scraped data to misrepresent AirBnB hosts, the vast majority of whom are middle-class Canadian families sharing their homes to earn a bit of additional income to help pay the bills," she told the Star.

"The fact is, just 760 AirBnB entire home listings, or 0.07% of the entire housing stock in Toronto, are rented frequently enough to outcompete a long-term rental, undercutting the author's baseless conclusions about housing units removed."

Wachsmuth said he stands by his team's research - "my methodology is completely transparent" - and urged AirBnB to provide open data access to McGill researchers. He described as "completely absurd" AirBnB's statement that only 760 entire-home listings on AirBnB are pushing out long-term rentals.

Wachsmuth also wrote a study, currently under peer review, of AirBnB's impact on gentrification in New York City. Where there's no dispute in that there has been an explosion in the number of AirBnB listings in Canada, there are now 81,000 active listings in the three cities, up from 50,000 in May 2016, the draft paper said.

"More worryingly, in the same time period the number of entire homes which have been converted to full-time AirBnB usage has increased from 9,000 to 14,000 across three cities," said the draft report.

That means 14,000 entire homes, including condo units, have been taken out of the long-term rental market, at a time when there is scarce rental housing stock and a low vacancy rate.

"Every home that is converted to full-time AirBnB use is subtracted from the pool of actual potential long-term rental housing units in a city," said the draft paper.

"These listings are growing around 25% more rapidly than other categories of listings."

Wachsmuth said the unavoidable conclusion is that AirBnB is having an impact on the rental housing market. That's why it makes sense for Toronto and Vancouver to adopt proposed regulations that would impose a one-host, one-home rule, and place other restrictions and fees on short-term rental hosts.

Toronto's executive committee has approved a city staff proposal that short-term rentals be legal for up to three rooms, or an entire home as long it is a person's principal residence. A final set of proposals will go before city council later this year.

The draft report also said that while a lot of money is being made using AirBnB, the big profits are going to commercial hosts who don't live on the properties.

"They're making an enormous amount and an enormously growing amount of money," Wachsmuth said.

"AirBnB is growing like crazy, people who are saying 'I would like a slice of that action and they're listing their homes." It doesn't mean that they're earning much money. I think the two trends are happening simultaneously. Lots and lots of people are hoping they can make some money off AirBnB but actually it's a maturing market and more and more of the money is being earned by the sophisticated players who really know how to make it," Wachsmuth said.

The report also identified the top five revenue generating listings in each of the three cities. In Toronto, the five AirBnB listings were booked, on average, 236 nights a year and pulled in $145,000 each.

It's easy to see why some property owners prefer short-term renters to long-term tenants. "There aren't many places that go for $20,000 a month in Toronto," Wachsmuth said.