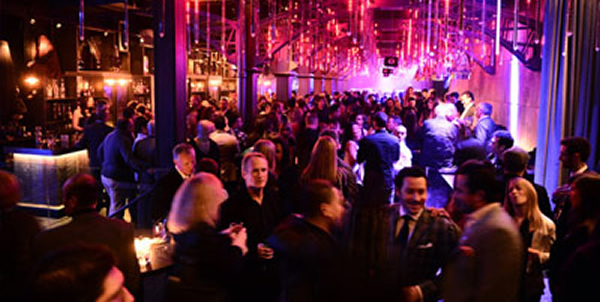 Bar and club owners say that Toronto isn't taking advantage of its night economy where billions can be made a year and told city council's economic development committee Monday that a later last call would help rake in those billions.

"We don't know the exact value of the night economy in Toronto," said nightclub owner Spencer Sutherland, who also chairs the business development group of the city's music advisory council.

"By comparing it to other cities, we estimate that it's about $7-billion a year," Spencer, who owns the nighclub Nocturne on Queen Street West just east of Bathurst Street, told the economic development committee at City Hall.

London's night economy is worth nearly $44-billion dollars and accounts for one in eight jobs.

Sutherland told the committee he thinks Toronto's 2.00am last call is causing it to lag behind, especially since other Canadian cities such as Montreal close their bars an hour later.

"Toronto is hailed by tourism Toronto as 'Canada's downtown'. We need to be realistic about what Toronto is and the role that is plays in the international market place," he said.

City councillor and committee chair, Michael Thompson, says he's neither for or against the idea, but says the committee needs to hear all of the arguments before making a decision.

In any case, Thompson says the earliest anything can change is the fall of 2017.

Some members from the Yorkville Residents Anti-Noise Coalition say that they're open to the idea if the industry is properly regulated and noise doesn't spill out onto the street.

"If they can allow residents to continue sleeping and not be woken up it's fine," said Sara Buyer, one of the group's members. "Establishments should insulate their places."

Regulating the industry is a main concern for Sutherland. He says he wants to look at how transportation, policing, safety and neighbourhoods will be affected by a later closing time.

"A lot of the negative impacts are the result of not having a good management strategy right now of our nighttime economy," said Sutherland. "Other cities have night mayors. There's currently no representation, no management of the night economy at city hall."

Part of Sutherland's idea is to allow establishments to pick whether or not they want to extend their hours of operation and many bars say they would do it.

"Absolutely," said Aaron Mattes, general manager of Lavelle, a dinner club of King Street West near Bathurst Street. "It's great for the industry and it allows tourists to really experience Toronto."

There's no official time proposed, but many think an extra hour of serving time is more than enough. "We make a lot of sales in the last hour," said Mattes. "I think Montreal kind of set the tone for this." Mattes said a 3.00am last call seems fine.

"Everyone wants to have a good time, but there has to be that tap on the shoulder and calling it a night," he said.