Live In Style at The Rosedale on Bloor

LIVE IN STYLE
at The Rosedale on Bloor 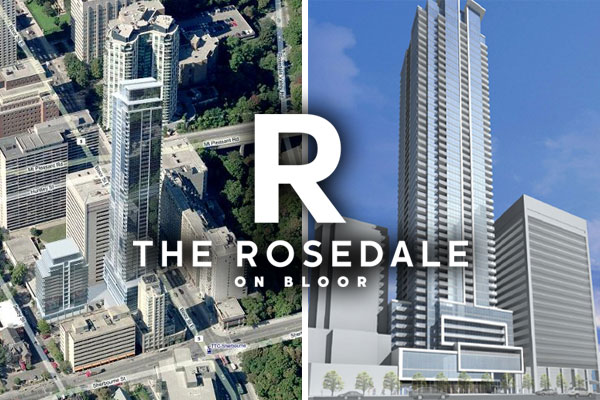 Rosedale has for more than 150 years been Toronto's oldest and most prestigious neighbourhood, home to the original city founders and today's most storied families and homes.

The Gupta Group is presenting the rare opportunity to live at the new edge of Rosedale with the launch of The Rosedale on Bloor, a sleek and stylish 52-storey condo tower at Sherbourne and Bloor, bringing a new and modern edge to Canada's most venerable neighbourhood. Fresh off the success of its Dundas Square Gardens at Jarvis and Dundas, Toronto's fastest-selling condominium, The Gupta Group's The Rosedale on Bloor brings affordable upscale living to one of Canada's most desirable and sought-after neighbourhoods.

There is a palpable feel to Rosedale, one of the mose well-known neighbourhoods in the midtown centre of one of the world's leading cities. An elegant enclave of century-old Victorian mansions, mature treed streets, parks, pathways, trails and valleys, all within easy walking distance from the excitement of Yonge & Bloor and the cache of Yorkville.

The Rosedale on Bloor puts its residents in the centre of everything, close to the Line 1 and Line 2 TTC interchange and Yonge & Bloor. This will be an unparalleled location, with a walk score of 91, placing residents only minutes from the business and activity of downtown, but with easy access to the Don Valley Parkway and the pleasure of weekend escapes.

Entertainment options are limitless, with world renowned museums and cultural treasures the ROM and Gardiner Ceramic Museum nearby, or first class dining choices such as the bistros of Yorkville, The Keg Mansion or Morton's Steakhouse.

The Yonge/Bloor neighbourhood and Yorkville are famous for some of North America's finest shopping and world famous retail brands such as Chanel, Holt Renfrew, Prada, Tiffany's, Cartier, Burberry, all adjacent to the quaint galleries and charming boutiques of Cumberland and Yorkville. The practicalities of everyday living are also nearby The Rosedale on Bloor including GoodLife Fitness, yoga, health and wellness studios, as well as Sobey's, Metro and Whole Foods - and of course, the must-have daily requirement of Tim Horton's or Starbucks.

The project's location places it nearby both The University of Toronto main campus near Queen's Park, and Ryerson University, just to the south on Jarvis. Just south of Avenue and Bloor is the famed 'hospital row', home to such world-class healthcare institutions as The Hospital for Sick Children, Toronto General and Mount Sinai Hospital.

The Rosedale on Bloor will feature 476 sophisticated condo units. The residences will be built with the same quality, features and finishes which have made The Gupta Group one of the most respected and trusted names in the residential development industry.

For more information on this exciting opportunity, please email: matt@thesmithestate.com or call 647-929-7674.