METROPOLIS Ranks The Best Cities To Live, Work & Play In 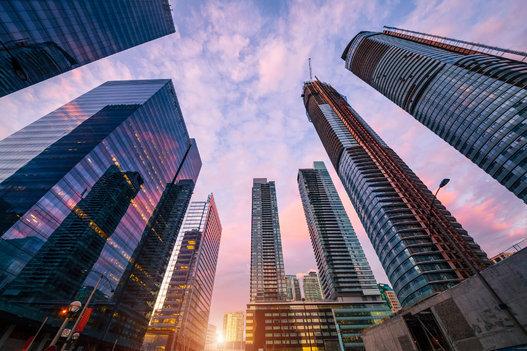 After four chaotic years under car-loving, crack-smoking former mayor Rob Ford, life in Toronto has returned to normal. Fortunately, the city's "weak mayor" system gives the chief magistrate, like council's other 44 members, just one vote. In other words, even the worst administration can only inflict limited damage. The city is no longer tearing itself apart and has returned its focus to realizing its enormous urban potential.

Indeed, Toronto is in the midst of a transformation that will make one of the most livable cities on earth even more attractive. Condo and office towers continue to pop up at a fast and furious rate as people - especially seniors and young professionals - flood into a downtown where they can enjoy Canada's most urban environment. Growth in the inner core now outpaces suburbia for the first time since the 1970s - in 2014 alone, more than 20,000 residential units were completed.

Long-term public/private sector projects are also remaking vast swaths of the city. The best example is Waterfront Toronto. Created in 2001 to revitalize the city's post-industrial harbour lands, it has presided over the creation of whole new neighbourhoods with parks, complete with streets, ultra-high-speed internet, five-minute access to transit, and full mixed-use zoning. Much to its critics chagrin, Toronto's waterfront strategy starts not with necessities - roads and transit will come later - but with "frills" such as Sugar Beach, Sherbourne Common and Corktown Common. Its success, however is that the waterfront is suddenly sexy. 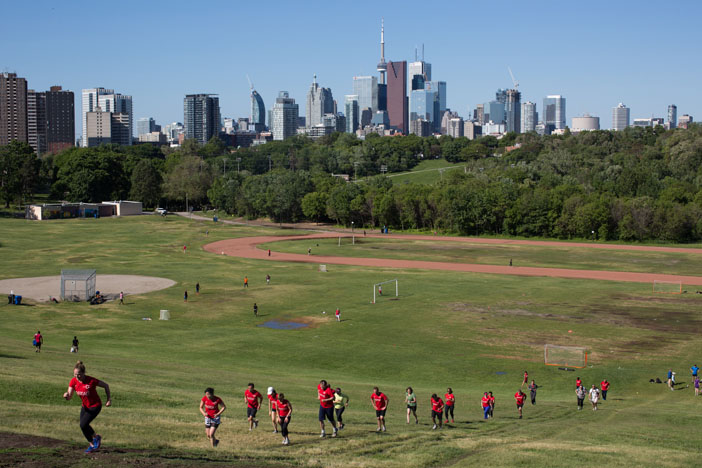 The city's largest landlord, the Toronto Community Housing Corporation, is rebuilding Canada's largest social housing complex, a low-rise Pruitt-Igoe called Regent Park. The failed 1950s low-income residential complex is being torn down and replaced by a mixed-income neighbourhood with cultural amenities and a stunning aquatic centre. For the first time in more than 60 years, a bank has moved into the area. Oh, and Regent Park actually has a park now.

POPULATION
Within the next 15 years, Toronto's population will grow to more than three million.

JOB OPPORTUNITY
The last decade has seen double-digit job growth in the downtown core,
greatly eclipsing the same figure for the city's suburbs.

INVESTMENT
In 2014, the city council approved more than $20-billion in development.

PRESERVATION
Ontario's Greenbelt, a 1.8-million-acre swatch of protected farmland and green space,
has encouraged high-density, high-rise development in the capital.

One of the most innovative programs, Tower Renewal, aims to find ways to reconfigure the languishing 1,000-plus residential slabs that comprise much of Toronto's inner-suburban landscape. Built between the 1950s and the 1980s, these concrete high-rises were intended for young middle-class couples but ended up as enclaves of poor immigrants. The challenge is to upgrade the buildings to modern environmental standards and change outdated single-use zoning regulations to allow for a more healthy mix of residential, retail and recreation.

Transit remains a huge issue. Toronto has not kept up with demand, but that's changing in a flurry of projects that will extend the subway to suburban municipalities north of the city. There's also the Eglinton Crosstown, a 12-mile light rail line now under construction that will provide 100 million rides annually when it's completed in 2023. Meanwhile, the long-awaited express train connecting downtown Toronto to Pearson International Airport began operation in early June. 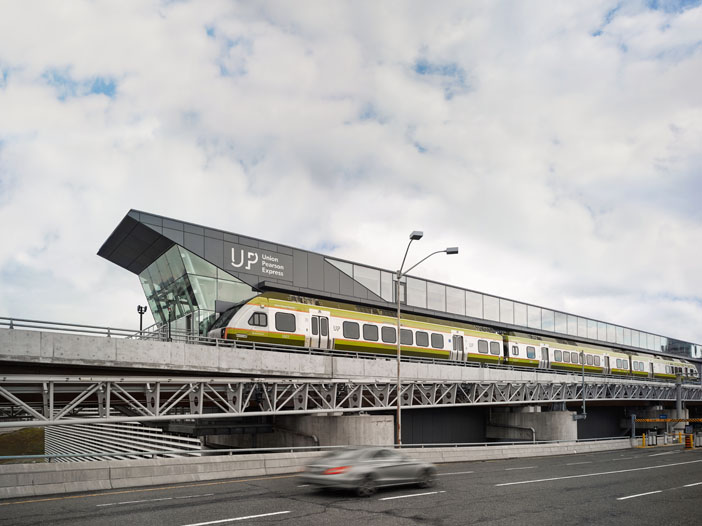 The most unexpected development in Toronto's inner-suburbs is the extradorinary Ismali Centre/Aga Khan Museum. Located in a nondescript area in the city's North End, the two luminous structures are contained within an exquisite contemporary version of a traditional Islamic garden. This part of Toronto has never looked so beautiful, or been so enticing. The centre highlights the diversity that fuels Toronto's civic dynamism - successive waves of immigration have made the city a microcosm of the world. Though there are inevitable tensions, multiculturalism has turned a waspy colonial outpost into a model of tolerance envied globally.

The most obvious testament to the vitality of immigrant culture is Toronto's burgeoning food scene. A city that barely knew what garlic was 50 years ago now relishes cuisines from the world over. Consider the case of Uncle Testu, the celebrated Japanese cheesecake maker who chose Toronto to open its first store outside Asia. The unassuming shop sells only the one item, but from the moment it appeared last April, the lineups have been blocks long. 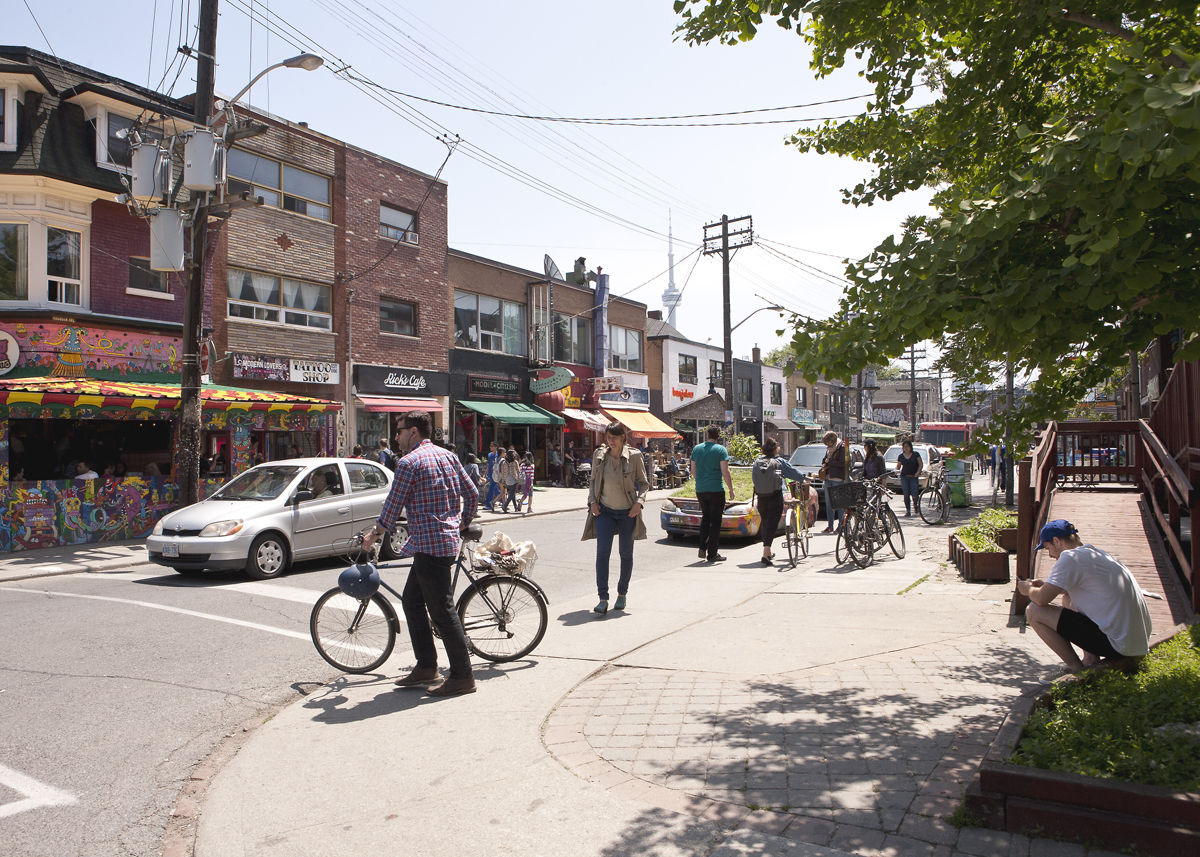 Still, Toronto's urban evolution hasn't always been easy. A controversial move to demolish the eastern portion of its crumbling 50-year-old elevated highway, the Gardiner Expressway, was rejected by the city council. The speed of change has also left many feeling the city is no longer theirs. Growing economic disparity has also undermined civic conference; lack of affordable housing is worse than ever. "I'd rather be here than just about any other place on Earth," enthuses Richard Florida, who moved north in 2007. But he warns that the city shouldn't be "over-romanticized as an urban paradise."