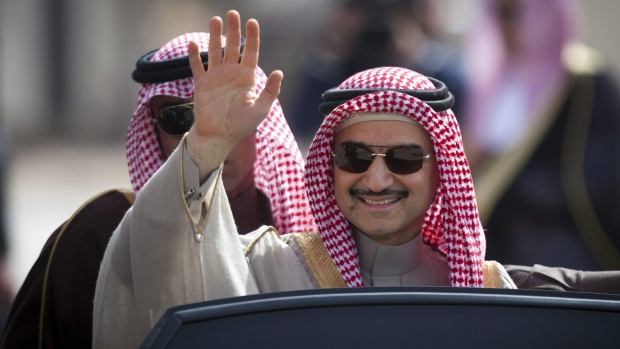 Saudi Prince Alwaleed bin Talal Al Saud is seeking to sell Toronto's landmark Four Seasons Hotel for almost CDN$1-million ($768,000 US) a room in what would be the highest price for a hotel in Canada, according to people familiar with the matter.

Kingdom Holding Co., the investment firm owned by the Saudi prince that holds the Toronto property, put it on the market earlier this year, according to the people, who asked not to be identified because the talks are private. The building is operated by Four Seasons, the closely held operator owned by Kingdom, Four Seasons chairman Isadore Sharp, and Cascade Investment, a vehicle controlled by Microsoft Corp. co-founder Bill Gates. The seller is targetting as much as CDN$250-million, the people said.

"At Four Seasons Hotel Toronto we continue to welcome guests and patrons with the legendary service and attention to detail for which Four Seasons is known worldwide," Four Seasons spokeswoman Sorya Gaulin said in an e-mailed statement.

Kingdom Holding, Cascade, and Sharp, the hotelier's chief executive officer at the time, purchased Four Seasons Holdings Inc. for $3.8-billion including debt in 2007, taking the company private. The hotel chain has been growing since then, and is nearing completion on its 99th property Sharp said at an event in Toronto last week. The Toronto property is managed by Four Seasons, but owned by Kingdom Holding, according to Sarmad Zok, chief executive officer of Kingdom Hotel Investments.

The Four Seasons Toronto property in Yorkville, near high-end shops on Bloor Street, is comprised of two buildings that are a mix of hotel and luxury condo suites that opened in 2012. The offer is only for the hotel portion, with about 250 rooms, the people said.

The Four Seasons asking price per room would exceed others in the country, including the Westin Harbour Castle in Toronto, which fetched CDN$290-million or about CDN$567,500 per room last year, according to Colliers International Group Inc. Also last year, KingSett Capital Inc. and InnVest Real Estate Investment Trust purchased majority stakes in Toronto's historic Fairmont Royal York hotel for CDN$187-million from Ivanhoe Cambridge, the brokerage said in its 2016 Canadian hotel investing report.

The potential sale was first reported by Reuters.