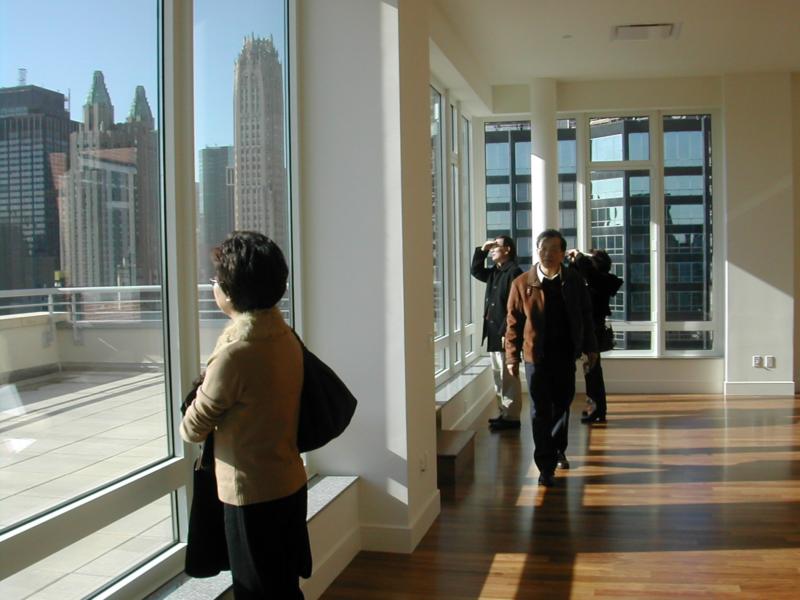 As they settle in, Toronto real estate agents walk to the front of the room, speaking rapid-fire Mandarin in their Henan accent.

"Toronto's people are pretty nice to outsiders, so there's no discrimination against different people who come from other places," they say, before launching into a detailed explanation of buying in Canada. They cover immigration, bank loan procedures, the differences in how home size is measured and other important subtleties. In China, many people buy concrete shells and decorate the interior on their own. In Canada, "they even install curtains," the agents preach.

Then the sales pitch: "Canadian houses are so cheap. Why not invest?"

This sales group is a Chinese team based in Toronto, many of them originally from China, who travelled to Shanghai and Beijing last month for a two-week tour to showcase three condo projects under development in the city core.

Canada's largest city has more than 115,000 condo units under development and the city has seen record-breaking sales of development lands over $1-million this spring, many intended as future condo development sites. With lenders usually requiring builders to sell 70% of their units before construction financing, many developers now see Chinese investors, who usually prefer to purchase far in advance of construction, as an important growth market.

Traditionally, developers looking to court overseas buyers have relied on networks of local real estate agents who have connections in other countries. But faced with an increasingly competitive market for sales of new condo projects in Toronto, the city's real estate industry is now heading directly to China.

"All the big builders are certainly interested in developing an international presence," said Barbara Lawlor, president of Baker Real Estate, a brokerage specializing in selling pre-construction condos that led the China road show last month. "The whole thing for our developers is to sell units because if they can't sell, they can't build." Baker also recently partnered with Vancouver-based broker Macdonald Realty Inc. to join its existing sales office in Shanghai, which will now sell condos in Vancouver, Toronto and Montreal.

Along with marketing their projects through brokers with ties to China, several Toronto condo developers are also travelling overseas themselves in hopes of raising awareness of Toronto as an attractive real estate market, both for investors and for families who might be planning to immigrate some time in the future.

"What is really changing or evolving over the last couple years is that, instead of waiting for the investors to come here, more and more of us as developers or sales organizations are going to places like Shanghai and Hong Kong and Singapore and offering product directly," said Christopher Wein, president of developer Great Gulf Residential. The company's Monshe Safdie-designed waterfront condo Monde in Toronto was among the projects featured in Baker's China road show last month. Great Gulf also took the project to Hong Kong on a separate trip last summer.

After decades catering primarily to downtown Toronto buyers, Freed Developments travelled to Hong Kong in November, a move driven by increased foreign interest in the company's condos now that it has shifted its focus to larger-scale developments in the city's transit-friendly uptown. "It's a change for us because most of our past projects have been more neighbourhood-based, not subway focusd, taller-building investor markets, which is certainly the strongest area in the market today," president Peter Freed said.

The real estate industry's move to China comes as Canadians are engaged in a fierce debate over the role that foreign investment is playing in fuelling booming home prices in cities like Toronto and Vancouver, with Conservative leader Stephen Harper promising to begin tracking the level of offshore investment flowing into the residential market if he is re-elected next month.

Ms. Lawlor estimates that foreigners purchase less than 5% of roughly 5,000 condos the brokerage sells every year, a number that fluctuates depending on whether Toronto's housing market is hot or cool. By setting up an office in China, she is hoping to double that to as much as 10%.

Canada is the third most popular country for Chinese property investors after the U.S. and Australia and receives about 7.5% of the $52-billion (US) that mainland Chinese residents invested in overseas property last year, said Simon Henry, co-founder of Juwai, a popular Chinese-language website that advertises foreign real estate listings. That equates to about $4-billion worth of property purchases, compared to roughly $200-billion (CDN) in total real estate transactions in Canada last year, according to Canadian Real Estate Board statistics.

Increasinly, Mr. Henry, who is based in Shanghai, is seeing Canadian developers and agents looking to more aggresively market their projects directly in China. Last week, Juwai had listings for units in at least 52 Toronto condo projects, most of them in pre-construction, along wth dozens of multimillion-dollar homes. 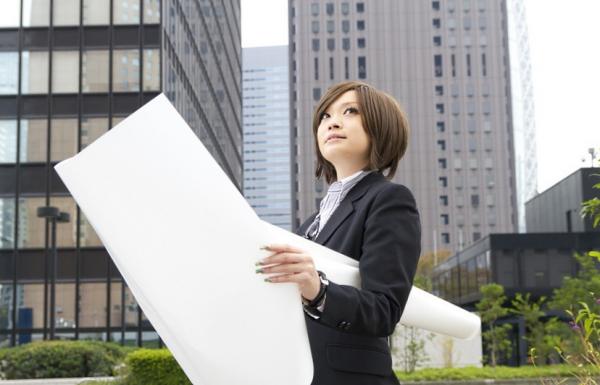 "Obviously developers and brokers are clearly including China as part of their marketing for any new projects," Mr. Henry said. "We're seeing a few Canadian firms set up offices in China to try and tap into this." Other Toronto condo developers are looking to establish a local "China desk" of Chinese-speaking sales agents based in Toronto who can field inquiries from overseas buyers, he said.

Developers and brokers say the goal in heading to China is to help increase the profile of Toronto as a destination for foreign buyers. Despite a runup in home prices in the city in recent years, they argue that Toronto's real estate is still a bargain compared to other investor-friendly cities like New York and London and that Canada still lacks a strong international presence among global property investors.

"When you travel on a Saturday in Singapore you can go around to various hotels and you'll see very well-oiled machines selling properties in Australia, in London, Barcelona, Cyrpus," said Baker's vice-president, Jeff Clark, who led the brokerage's trip to China. "And usually Canada is not overly well represented."

In the conference room at the Fairmont Beijing, Li Bin, a Beijing man who works in an electronics assembly plant, listens closely. His daughter went to Toronto last August to begin her studies in Grade 11. Shortly after she left, he began looking for property, connecting with Toronto real estate agents on WeChat, the popular Chinese instant messaging service.

He is ready to buy - and currency is working in his favour. In the year his daughter has been in Canada, the loonie has fallen 13.9% relative to the yuan. The hardest part for Mr. Li is choosing where to buy, a decision that depends in part on which university his daughter chooses, and on the market itself. "If it's in Beijing, I know that places in Xidan or Beihai neighbourhoods are good to invest in. But in Canada, I have no idea."

Another consideration is purely financial: Where will his money do best? Mr. Li recently sold a property in Shanghai, and has watched China's house prices weaken and its market crash. In a bull market, buying stocks makes sense. Now, in more turbulent times, Canada looks safer.

"I don't think the risk in buying a Canadian house is too high," he says. "I have faith in Canada's social security. And the way they operate is not like the Chinese market, where there are no rules."

Fears of an overheated Toronto market don't scare him much, either. "Prices are indeed rising for investors, but new immigrants are making a lot of contributions to local society and creating value for the nation," he says. Plus, his daughter is pushing him. He first wanted her to study in Canada to escape the bleak pressures of the Chinese system. Now she is urging him for a bigger commitment.

"My daughter tells me the food in Canada is very good. When she came back to China, she complained about all of our food, that our fruits aren't as sweet and fresh as theirs," he said. "She told me I should consider buying her a house there."

For others in the crowd, Canada is a longer-term consideration. Victor Hu and Wang Li have a 12-year old daughter. They want her to study in Canada, and are intent on buying a home "as fast as we can, it would be best if she could live in her own house as soon as she lands," said Mr. Hu, a manager in transit construction.

Canada is the obvious choice: Other colleagues and classmates have already moved there to enroll their children in Toronto and Vancouver schools, and "they all feel Canada is pretty nice," Mr. Hu says. "We aren't afraid of the cold. Canada has an advantage in that it's close to the U.S. But we don't want to live in America - it has too many issues, and conflict with China. The situation in Canada is better."

For his family, too, location is paramount. he has just one criterion: Finding a good school, the kind that can launch his daughter into a top-10 university. Once that's located, he can buy a house nearby. With school as his sole priority, he's not concerned about the runup in Toronto house prices.

But he has other thoughts, too, about making an investment in Canada that goes beyond a house. Buy a house in Canada and "I can live comfortably. I will have to pay tax, but my child will attend school, so I am willing. And the house belongs to me - it is fully mine." In China, homeowners hold only 70-year rights at time of purchase.

Despite what seems to be increased Chinese interest in Toronto's real estate, not all developers are convinced that foreign investors represent much of a growth market for the city's condo industry.

Jim Ritchie, senior vice-president of sales and marketing at Tridel Corp., estimates that about 3% of the company's units are owned by foreign investors, a number that he says has held relatively consistent for the past decade. The top source of foreign investment came from the U.S., not China, he said, and Tridel has no plans to aggresively court Chinese buyers.

"We've been over and looked around on a number of occasions, but there's plenty of buyers here in the GTA," he said. "How much time and energy and money are we going to invest for about 3% of our market?"

Lenders are also cautious to advance construction financing for projects that are highly dependent on foreign investors, given it's all but impossible for a developer to try to collect if a foreign buyer backs out of a deal before it closes. "A prudent developer would not want a large number of offshore buyers in their development," Mr. Ritchie said. "When I say large, if you had over 5%, that's alot."

Juwai's Mr. Henry cautions that setting up an office in China is an expensive proposition for a Canadian developer that most Chinese investors still prefer to buy properties while visiting their destination country for work or to visit family. Still, he predicts the volume of Chinese global property investment to grow by 25% a year over the next 4 years and says Canada, with its falling dollar and large Chinese immigrant population, is poised to be a major beneficiary.

For many developers however, capitalizing on a growing Chinese market may not be so easy. After two weeks talking up Toronto's condo sector in China, the Canadian road show results in just 11 signed expressions of interest by buyers.