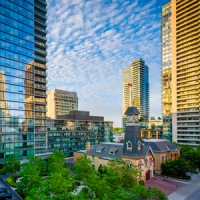 Toronto home-price downturn? Not in these neighbourhoods.

TORONTO HOME-PRICE DOWNTURN? NOT IN THESE NEIGHBOURHOODS

Janet McFarland, The Globe and Mail 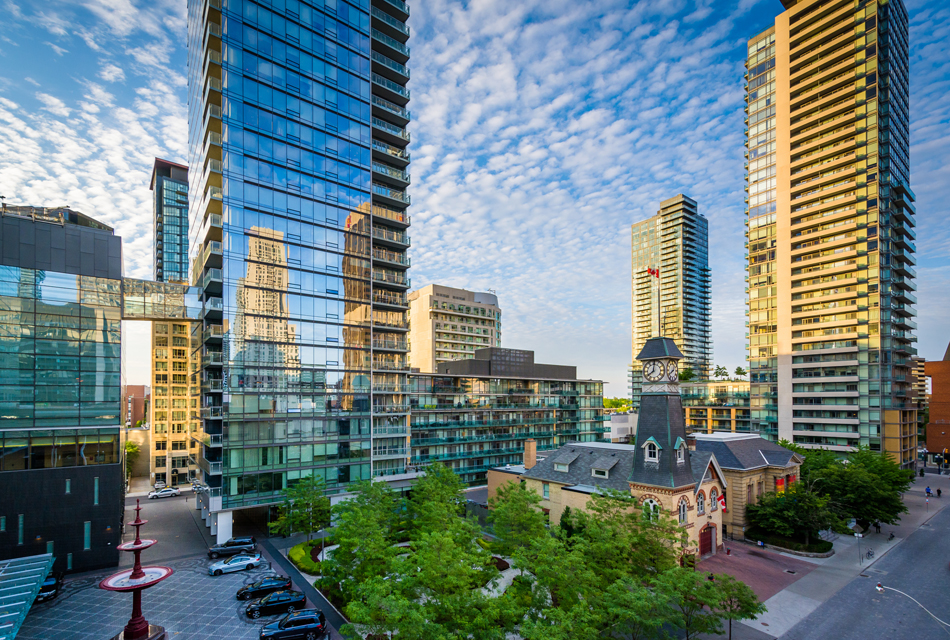 Toronto's housing downturn is not being felt equally across the region, with many neighbourhoods still seeing the prices of detached houses climb even while the average price falls across the Greater Toronto Area. A new report by Re/Max Integra shows that 40% of 65 districts within the Toronto Real Estate Board recorded detached house price increases in the quarter ended June 30th compared with the first quarter of 2017, including almost half of all the districts in the 905 region surrounding the city of Toronto.

The data suggest the GTA is facing an uneven downturn in house prices that is not being felt to the same extent in some hot neighbourhoods or in certain areas with generally lower prices that remain attractive to first-time buyers.

Canada Mortgage and Housing Corp. is already anticipating a shift in the Toronto housing market, according to Dana Senagama, a principal market analyst for Toronto. She said the sales downturn in response to new housing measures announced by the Ontario government in late April already seems overblown in light of the region's economic fundamentals.

"The response we were seeing in the Toronto market seems almost emotional and almost a knee-jerk reaction to some of the changes, which suggests that these impacts will be short-lived if all other fundamentals remain intact," Ms. Senagama told reporters as CMHC released its quarterly housing assessment for Canadian markets. 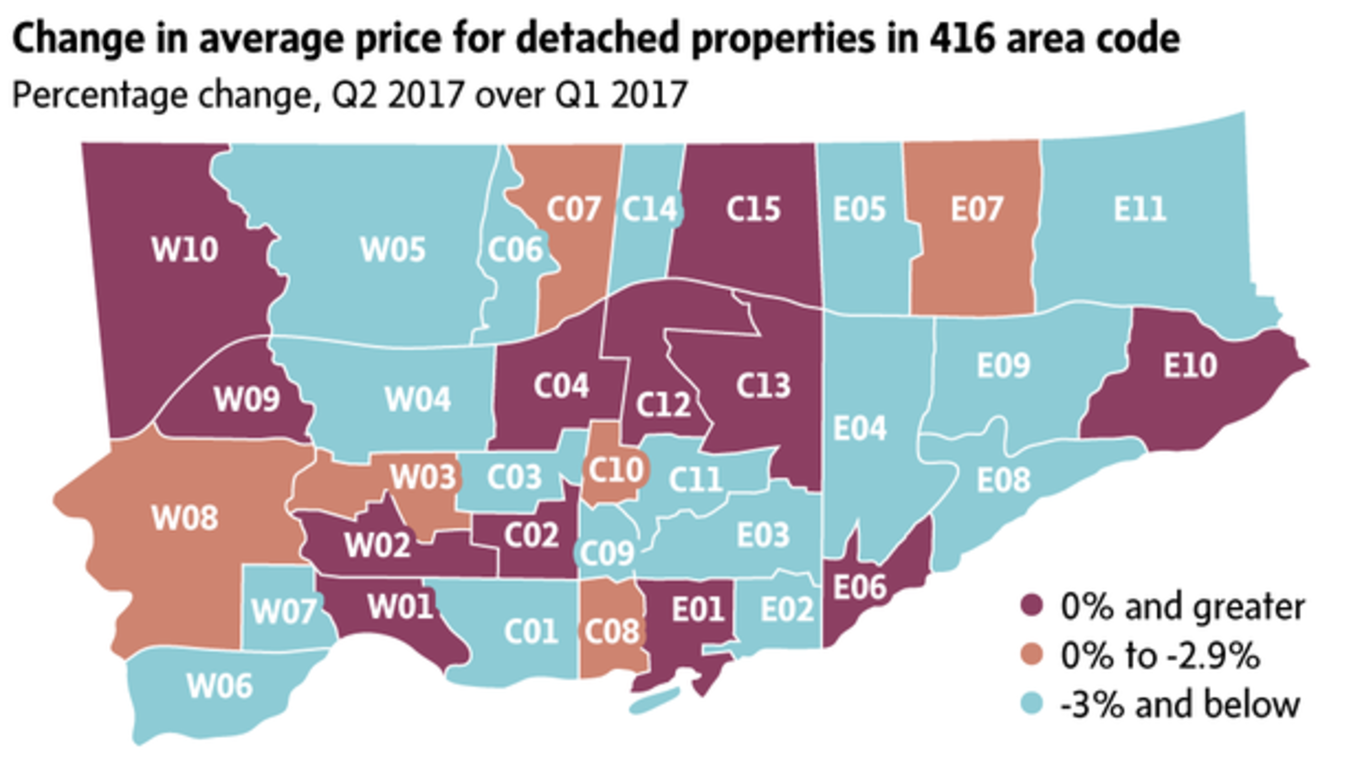 Image courtesty of: The Globe and Mail, source: Remax

House prices in the GTA rose 29% in the first quarter of 2017 but slid in May and June after the Ontario government announced new policy measures, including a 15% foreign-buyers tax. The number of homes sold in June fell 37% compared with the same month last year, while the average price for all types of homes across the GTA was down almost 14% in June from the peak in April. Prices of detached houses dropped 12.4% on average between the first and second quarters.

But many neighbourhoods and GTA communities have so far bucked the trend. For example, the township of Brock, northeast of Toronto, saw prices of detached houses climb 11.7% in the second quarter, to an average of $562,711. Prices in Caledon rose 8.6% and Halton Hills saw prices climb 7.8%, the report said.

In the city of Toronto, the Toronto Real Estate Board district known as C02, which stretches north of Bloor Street between Yonge and Dufferin Streets and includes the Annex neighbourhood, saw detached house prices rise 28% in the second quarter. The price increase was an anomaly as a result of more sales at the higher end of the market in the neighbourhood.

Prices in E01, which is east of the downtown and includes Riverdale and Greenwood-Coxwell neighbourhoods, climbed 7.6% in the second quarter, while prices in the western Toronto W02 neighbourhood, which runs north of Bloor from Dufferin Street to Humber River, rose 6.9%.

Christopher Alexander, Re/Max regional director for the Ontario-Atlantic region, said it is "quite remarkable" that prices in some neighbourhoods still climbed beyond the "record-smashing" increases in the first quarter. Mr. Alexander said the vast majority of markets in the 905 region that recorded increases had average prices under $1-million, which suggests buyers were favouring less-expensive neighbourhoods. In Toronto, however, price increases varied more depending on the volume of new listings and the number of detached houses available for sale in the quarter.

"Some neighbourhoods had such a surge in listing inventory, especially after the government introduced the Fair Housing Plan, so there was a lot to choose from," he said. "But other neighbourhoods didn't really get the surge that people were looking for."

Detached house prices dropped 7.75% in Newmarket and 6% in Vaughan in the second quarter.

Mr. Alexander predicted the next quarter will likely still remain soft because sales are typically weak over summer months, but he believes the GTA market will see more strength in the fourth quarter.

"I think people are going to be ready to buy again, especially if the government announces another [interest] rate hike. I think we'll see a lot of people jump in," he said.