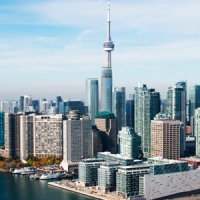 Image courtesty of: City of Toronto

House prices in the Toronto area continued to show signs of stabilizing in March, fuelling predictions the city will see stronger growth in the second half of 2018.

The Toronto Real Estate Board (TREB) said the average home in the Greater Toronto Area sold for $784,558 in March, down 14% from record levels in March last year prior to a steep drop that began last May.

However, the average sales price in March is up 2.2% compared with February this year, buoyed by modest growth in detached home prices. It is the third consecutive month that average sales prices have risen in the GTA from the prior month, although the monthly sales numbers are not adjusted for seasonal variations.

The Toronto market was expected to take a hit from the introduction of tougher new mortgage qualification rules on January 1st, but the change does not appear to have had a major impact on average monthly prices in the first three months this year.

"When you look at it year-over-year, it looks terrible - the numbers certainly don't look like a stable market," said the President of Realosophy.

"But when you look at prices, they are actually pretty stable. They've bounced between about $730,000 and $780,000 or so since July. They've been trending up the past few months, which is probably more seasonal, but they've been pretty stable."

TREB said the 14% drop in average prices from last year was partly a result of a different composition of sales in 2018 compared with 2017; there were fewer detached homes selling in the first quarter this year and sales of high-end homes prices above $2-million by half compared with last year.

While prices have remained relatively stable in recent months, sales volumes continue to be weak as many buyers and sellers remain on the sidelines.

Toronto-Dominion Bank economist Michael Dolega said the number of homes sold in the GTA fell 6.8% in March compared with February based on his own seasonal adjustment of the data, and is down 35% from December. He said the average sales price rose 1.1% in March over February on a seasonally adjusted basis, which is the first price increase in three months.

Mr. Dolega said prices have been supported by the fact that both buyers and sellers are staying on the sidelines, creating a "more or less" balanced market.

"Continued downward price stickiness will likely bring back buyers who are currently holding out for a deal," he said in a research note. "But this process will take several months and be gradual, with some potential buyers holding out longer than others."

TREB president Tim Syrianos said policy changes and higher interest rates have "prompted some buyers to put their purchasing decision on hold," but TREB still forecasts sales will climb during the second half of the year.

Despite sales weakness, there are many pockets of strength in the current market. Active condo listings in March were 45% below the average for the past seven years. The shortage of inventory is helping to keep prices elevated in the condo sector.

The average GTA condo sold for $551,003 in March, up 6.1% from a year earlier, TREB reported. Detached house prices by comparison, were down 17% from last March, and semi-detached home prices fell 9%.

"The lower end stuff, which is where most of my clients are...that stuff is moving," an agent from Century 21 said. "And sales are more comparable to last year. They're still down, but it's 10-to-20% down, as opposed to 70% down in the higher price ranges."

The President of Royal LePage Signature Realty said he expects more condo owners will decide to move up to a bigger home this year as the gap narrows between condo prices and other single-family home categories.

"People are seeing prices settling in at a healthy number, and I think you're going to have folks out there saying, 'Okay, we can make that change,'" he said. "And things will start to move. The move-up buyer really can move again."