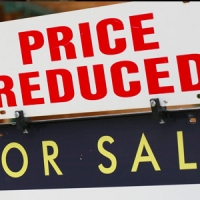 Sales of existing homes across the Greater Toronto Area dropped a whopping 20.3% in May from a year ago, while the average home price in the region fell about 6% from April, results based on the first full month of data following a major initiative by the Ontario government to cool Canada's biggest housing market.

The Toronto Real Estate Board said Monday there were 10,196 sales through the Multiple Listing Service (MLS) last month, down from 12,790 sales reported in May 2016. Detached home sales fell 26.3% during the period and condominium apartment sales were off 6.4%.

The Toronto home market has not seen such substantial declines in both sales and prices since the recession of 2008.

"The actual, or normalized, effect of the Ontario Fair Housing Plan remains to be seen. In the past, some housing policy changes have initially led to an overreaction on the part of homeowners and buyers, which later balanced out," said Jason Mercer, director of market analysis with TREB, in a statement.

The Ontario government announced 16 measures on April 20th to cool the housing market, among them a 15% non-resident speculation tax and expansion of rent controls that limit annual increases, that some commentators have suggested could cool the appetite of investors looking for income properties.

Active listings - the number of properties available for sale - rose 42.9% in May from a year ago, but the board pointed out that May 2016 was a record low.

"The increase in active listings suggests that homeowners, after a protracted delay, are starting to react to the strong price growth we've experienced over the past year by listing their home for sale to take advantage of these equity gains," Mercer said.

The province stepped in with its rule changes after March prices climbed about 33% on a year-over-year basis, a point that now appears to have been the peak of the housing market in the GTA.

Christopher Alexander, Regional Director of Re/Max Integra Ontario-Atlantic Canada Region, said in an interview his company has noticed a "flood of new listings" to hit the market, but suggested they are selling, just not as quickly as from January to April.

"I think we are seeing some flattening in prices from previous rules," Alexander said. "These are the biggest measures the government has taken in the last several years. There has been a lot of talk about the market being overheated so a lot of buyers are seeing how the market is going to play out."

He suggests the response could be similar to what happened in Vancouver, which is now seeing prices and sales start to rise again after the province put in a 15% tax on foreign buyers in August 2016. Sales in Greater Vancouver in May jumped 22.8% from April, while prices rose 8.8% in May from a year ago, and 2.8% from April 2017.

"I think if we have a bit of a pause (in Toronto), I think the market is going to accelerate in the fall strongly," Alexander said.

TREB said active listings increased considerably for low-rise home types, including detached and semi-detached houses and townhouses, but were down for condominium apartments in May from a year ago.

"Homebuyers definitely benefitted from a better supplied market in May, both in comparison to the same time last year and to the first four months of 2017," said Larry Cerqua, president of the board in a statement.