Toronto Homes Near Subway Worth 14% More Than City Average 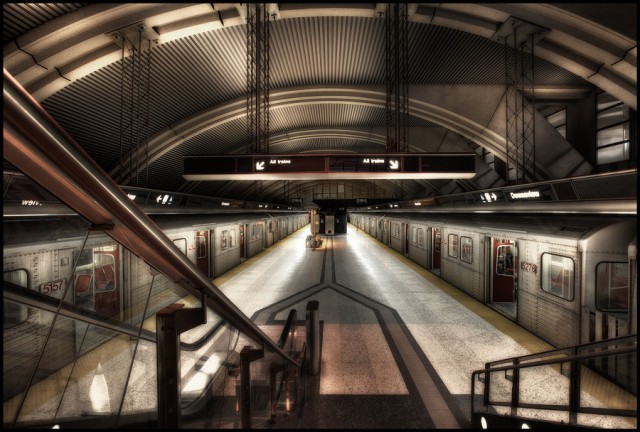 "Steps to the subway" is a phrase so commonly uttered by Toronto home hunters and branded on real estate ads that it begs the question - what really warrants the term walking distance?

Anything 5 minutes or less is a no brainer, but after posing the question to a handful of condo seekers, some doubts arose about anything over the 10-minute mark. "When it feels like -20 degrees outside, 15-minutes isn't walking distance. Trust me," said Mona, a buyer eyeing condominium apartments around both the Museum and Yonge/Bloor subway stations.

With that feedback in mind, we stuck with a distance that covers 10-minutes on foot in our analysis of how much it costs to own a home next to the subway in Toronto.

The easiest way to get around the city and circumvent gridlock traffic in the core, lengthy commutes along Highway 400 and forgo car ownership all together, pricey monthly passes and often spotty service aren't enough to stop buyers from seeking convenient subway access.

After delving deep in housing stats for the 2015 calendar year and selectively pin-pointing the TTC's busiest subway stops (and terminal stations) across the four major subway lines, we found the following figures.

The average price of a condominium apartment that sits within a 10-minute walk of the subway is $460,213 - close to 14% higher than the overall city average of $405,639 for the same time-frame.
By far, condominiums along the Yonge line were the most expensive, boasting an average sold price of $532,451.
For freehold homes - which encompass detached, towns and semis - prices hovered around $1,017,212. That's a full 15% more than the Toronto average.

Budget conscious condo hunters will be glad to hear that they don't always have to pay a premium for an easy connection to the subway. A handful of TTC stations are home to condominiums with prices that hover below the city average:

When it comes to freehold properties, buyers have a smaller pool of stations (reserved to the Bloor-Danforth line) that come in under $884,374, which is what the average Torontonian needs to pay in order to own a coveted single-family home within the bounds of the 416. Find them below:

Among the most heated topics in the city, Toronto's transit infrastructure is set to transform in the next 15 years with the addition of Smart Track, The TTC relief line, the Yonge & Eglinton LRT, and the Vaughan Metropolitan Centre extension.

TO STAY ON TOP OF THE TORONTO HOUSING MARKET, SUBSCRIBE TO THE YORKVILLE REPORT.

Want to get started on your home buying and selling journey? Give us a call at 647-929-7674 and check out our listings page - which carries a large database of resale properties in Toronto.