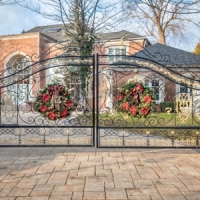 Toronto's luxury housing market has shot past Vancouver's in an international ranking of top locales for wealthy homebuyers.

Each year Knight Frank ranks cities based on annual changes in luxury-home values, generally looking at homes in the top 5% of each of the 100 major markets included in the index.

Luxury home prices in Toronto soared 15.1% in 2016, edging out gains of 14.5% recorded in Vancouver over that period.

Kate Everett-Allen, an international residential researcher for Knight Frank, lays out what's behind Toronto's ascent from the 12th slot a year ago.

"Luxury prices in Toronto have risen on the back of basic market fundamentals," Everett-Allen tells BuzzBuzzNews via email.

Domestic demand, a limited supply of upscale properties and low mortgage rates are all contributing to Toronto's rise.

The tax on non-resident homebuyers in Metro Vancouver, a measure the BC provincial government implemented in August, resulted in a "slowdown in overseas interest in the second half of 2016," says Everett-Allen.

That contributed to the city's tumble from the pole position last year, when home-price increases of 24.5% in 2015 vaulted Vancouver above all other cities.

Ottawa, which didn't make the cut last year, was the only other Canadian city on the index included in Knight Frank's Wealth Report 2017, taking 44th position.

Annual prices skyrocketed by more than 20% in three cities.

Shanghai led with annual luxury home price gains of 27.4%, beating Beijing and Guangzhou, which had percentage increases of 26.8% and 26.6%, respectively.