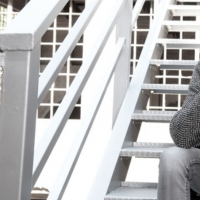 With due respect to the politicians, economists, pundits, journalists, builders, realtors, empty-nesters, first-time buyers, and others who have opined on the fragility of the condo market and whay they perceive will be the cause of its imminent crash...

They've got it wrong.

But, also a bit right.

This market, despite its solid fundamentals, is at a higher degree of risk today than any time in its recent past. If we don't recognize that risk and do something about it, we could indeed see the collapse so many people are predicting.

But the existential risk to Toronto's condo market, if there is one, won't be caused - as most people assume - by rising interest rates, increased government regulation, or soaring escalations in price-per-square-foot.

The looming threat lurking over the shoulder of this market, a threat lethal enough to kill the condo boom is, simply, a loss of consumer confidence.

The pre-construction condo market - our condo market - is predicated on the concept that purchasers will be willing to part with hundreds of thousands or millions of dollars on a promise...and if you're lucky, on a flashy brochure, slick sales centre, and the endorsement of a "VIP" broker.

Essentially, like the soft voice from the cornfield in WP Kinsella's Shoeless Joe, condo developers have for years been quietly whispering to purchasers if you buy it, it will come.

Not a work of fiction, it's reality that the pre-construction industry has for more than a decade, delivered on this promise. Its also real that the very model the promise is based upon has contributed to the sustained stability and success of the city's condo industry.

Rather than building first and selling later, Toronto's preference for pre-construction sales has created what many believe is North America's strongest and most respected condo market.

In our market, consumers have come to accept that what gets promised, gets delivered.

Or, at least, that was the case before a series of high profile condo cancellations occured and the media frenzy followed.

The most recent example; the cancellation of the Gupta Group's ICONA condominium in Vaughan.

Commenting on ICONA, market research company Urbanation, told the Toronto Star that the announcement by Gupta Group brings the total residential projects canceled since early 2017 to 11.

While this seems like a lot, this represents just a small percentage of the current condo market, a percentage made even smaller as one looks back.

In data provided by Urbanation, the research firm suggests there were 437 condo buildings opened in the last five years, and only 35 buildings failed to be built and occupied (as some projected had multiple buildings, the number of projects which were cancelled during this period is less than 35).

Fewer than 10% of all residential buildings launched in the last five years failed to be completed.

But the percentages won't matter if it was your deal that got cancelled, if you believe the media reaction or if we allow those isolated cancellations to erode confidence in the pre-construction model.

While so many Toronto outlets want to be the bearer of bad news and the first to forecast the crash, the fact remains that our condo market has been long considered - and continues to be - North America's best, in spite of the recent challenges and headline-making cancellations.

It's done this by earning our trust. But it will only continue to do so by keeping its promises.