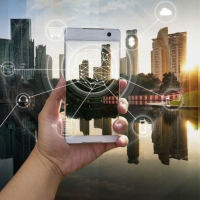 Nearly a year after the Toronto Real Estate Board lost its appeal to the federal Competition Bureau over the issue of sold data, it turns out its privacy concerns were valid.

"We're starting to see in the $4m-plus range that sellers are opting to have their properties sold exclusively through the brokerage as opposed to going on the MLS, and this is largely due to privacy concerns over sold data," Kottick told REP. "They're opting to use brokerages with big, strong international networks with very strong marketing and that have strong internal networks, rather than going on the MLS where data gets shared in the public domain. We're seeing more exclusives than we have in the last few years."

Conversely, there has been a 12% year over year sales increase of homes prices over $1m through the first six months of the year, indicating that sellers have privacy thresholds.

"The reality is $4m+ properties are selling," continued Kottick. "Years ago, a lot of listings were traditionally brought and tested on the market exclusively, so it's almost a return to the old days. It's not a concern at all, but what it does do is skew the information available for the MLS. It just brings a little variance when comparing historical data and it reinforces the need to have big brokerages with strong marketing internationally to facilitate the sales."

Matt Smith, a real estate broker with Engel & Völkers, says many luxury homes priced $2m and up are listed exclusively, as well, but it isn't necessarily a bad thing.

"It's typical with the older demographic," he said. "They don't want their information on the public record, whether nosy neighbours or a hundred strangers coming through their homes; they want select prequalified people coming through, and things are moving quickly. I can sell an exclusive, say in Yorkville, in a week if priced correctly - it hasn't hindered our ability to sell all that much."

Opening sold data to the public, added Smith, has been good for individuals, but not the market, because the latter wants the most accurate data it can get - something exclusives flout. Moreover, a dearth of data on comparable properties makes listing accurately arduous.

"Because of that, Broker Bay has spawned up," said Smith. "It's a database for exclusives that the brokerage community uses and it's become a really important tool over the last 12 to 18 months for this reason. We essentially have our own internal MLS for the exclusives. It's a group of top-tier brokerages in the city - it's not open to just anyone.