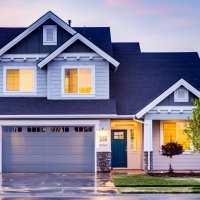 There are reasons to be optimistic about real estate in 2019

For housing markets in Canada, 2018 has been a year of restraint. But looking ahead to 2019, there are a number of potential outcomes to consider.

The mortgage stress test was perhaps the most influential policy change that affected homebuyers in 2018. Under the new rules, which came into effect in January 2018, most homebuyers were required to qualify for a mortgage at a higher rate than the contracted mortgage rate. This was done to determine the borrower's ability to service the mortgage debt in case the interest rates suddenly increased.

To avoid qualifying for a mortgage under stringent regulations, many buyers advanced their housing purchases to 2017. Seasonally adjusted data from the Canadian Real Estate Association shows that more than 46,000 homes transacted across Canada in December 2017. With stress tests in place, housing transactions in January 2018 declined by 14% from the month before.

Regional housing markets were also affected by changes in mortgage regulations. Housing sales in greater Toronto have been slower in 2018 than the sales in 2017 or 2016.

Across Canada, inflation-adjusted housing prices have remained rather flat since the 2nd quarter of 2017. These trends are essentially driven by the slowdown in Ontario after the province imposed new taxes on foreign homebuyers in April 2017.

Given a lacklustre 2018, and in the absense of a major economic shock, housing markets are likely to maintain the status quo or could experience a slight growth in prices and sales in 2019.

CMHC expects sales transacting through the MLS to be less than 500,000 in 2019. This number is more or less in line with the slower sales in 2017, but lower than the sales activity observed earlier in 2016.

CMHC expects the average Canadian housing price in 2019 to be less than $525,000. However, the regional sales and price forecasts differ significantly. Urban housing markets in Ontario are expected to recover from the "dampened activity in 2018" because of expected strong job growth and in-migration.

CMHC expects housing markets in BC to moderate even further given the expected economic and demographic slowdown. Housing prices in Vancouver, BC's largest housing market, have been growing at a slower rate since 2016 when British Columbia imposed new transaction taxes on foreign homebuyers.

The RBC Economic Research also reported there were 35% fewer housing transactions in Vancouver in October 2018 than in October 2017.

We believe Montreal is likely to benefit from growing interest by foreign-based buyers in 2019. Unlike Toronto and Vancouver, Montreal has not yet imposed a tax on foreign homebuyers. Some transactions that would have landed in Toronto and Vancouver might end up in Montreal because of the tax advantage. Also, CMHC expects a decline in rental vacancy rates in Montreal resulting from higher demand because of in-migration and favourable economic conditions.

CMHC anticipates housing sales and prices of existing homes in Nova Scotia to appreciate in 2019. We think that the rest of Atlantic Canada, especially the urban housing markets, will continue to face challenges from a lack of sustained demographic growth.

Writing in the New York Times, Robert Shiller, a Nobel Laureate in Economics, warns that there is a "limit on how much the prices of existing homes can increase." He observed that the rapidly accelerating "prices of single-family homes may fall soon" in the U.S.