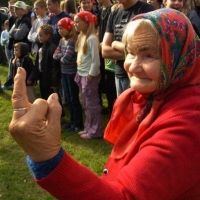 Toronto Seniors' Home To Close, Leaving More Than 100 Without A Place To Live

More than 150 seniors who live in Davenhill Senior Living in Toronto's Rosedale neighbourhood are looking for a new home after the building was reportedly sold.

"As the regulations that govern our operation have evolved over the past several decades, we have been able to adapt our services and infrastructure to an older building. However, any new or unexpected building upgrades or regulations would, in all likelihood, require more financial and operational resources than we, as a non-profit organization, could provide," said a spokesperson for Davenhill Senior Living in a statement.

"The decision to close the residence was taken over a period of time and after extensive review. The board of directors faced a choice whether to close the facility on our own terms, or whether to wait until an event outside our control and financial constraints forced us to close with immediate effect and no lead time for our residents to find a new home."

A resident shared a letter dated on July 3 with Global News. It said the seniors' home had made "the difficult but responsible decision to close the facility by the end of 2019."

Davenhill is offering residents the services of a relocation consultant specializing in senior care to conduct property searches, provide information about properties, co-ordinate residence tours, arrange transportation and conduct all move services, including packing and unpacking.

But Esaura Lopes said she is not holding her breath, choosing instead to start searching for a new place to live with the help of her daughter.

"Nothing available, waiting list, could be a year or three," said Lopes.

Jan and her husband said they are in the same boat. They moved to Davenhill Senior Living less than a year ago.

"We thought that this was the place we were going to live and die, but unfortunately things happen," she said.

Coun. Mike Layton explained the City of Toronto cannot intervene in the situation.

"They are governed by two pieces of legislation, one being the Residential Tenancies Act and the other being associated with long-term care and homes," he said.

Toronto Mayor John Tory said he and Layton will work together to come up with a short-term plan, which will include "reaching out to some of the stakeholders involved and see if we can find a way to buy more time to make sure that these seniors if they have to move they're going to have a soft landing we can organize for them."

Davenhill Senior Living has been serving seniors in Toronto for more than 30 years.